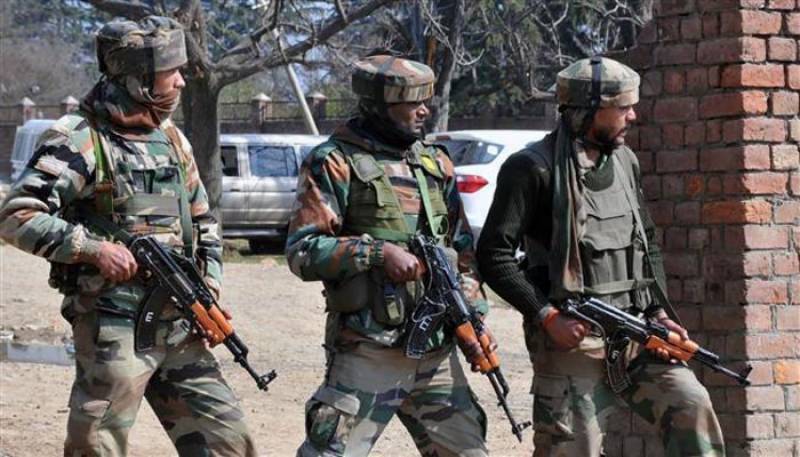 The young men were killed by the Indian troops during a cordon and search operation at Lassipora area of district.

Indian police while describing victims as militants claimed that they were killed in the gunfight and three Indian troops were also critically injured.

On the other hand, the authorities also suspended internet services in Pulwama and Shopian districts.

Indian Occupied Kashmir is the world’s most militarised zone with some 500,000 troops deployed to fight a rebellion that broke out in 1989.

On March 21, an Indian soldier killed three of his colleagues in Udhampur district of Occupied Kashmir.

The incident happened after the soldiers had a quarrel.

According to the Kashmir Media Service (KMS), a soldier of Indian Central Reserve Police Force (CRPF), Ajit Kumar, opened fired on his colleagues killing three of them at the 187 battalion unit in Battal Ballian area of the district.

Ajit Kumar was also injured after he shot himself and was rushed to the hospital for treatment.