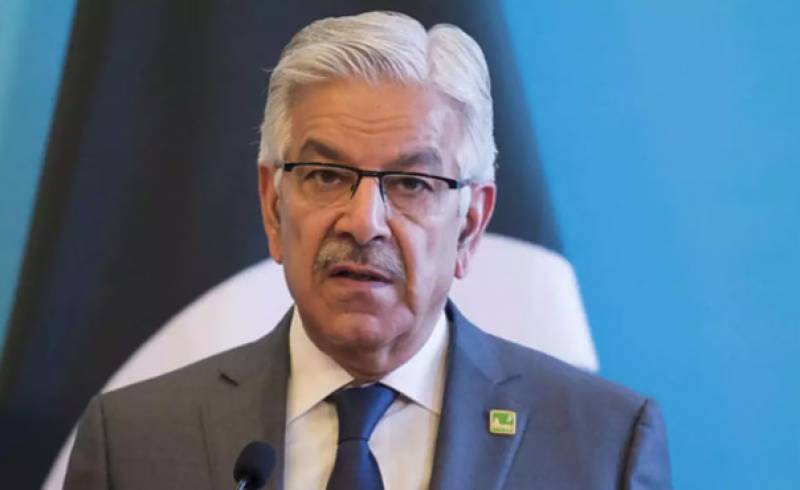 The Pakistan Muslim League-Nawaz (PML-N) leader, in writing, informed the anti-corruption watchdog about his unavailability in writing and stated that he is not in country.

The NAB Rawalpindi had summoned the former minister in assets beyond means case on April 1 (today).

The anti-graft body directed the PML-N leader to appear before Rawalpindi bureau along with all details of his bank accounts and foreign properties.

Khawaja is accused of causing a loss of Rs3.66 billion to the national exchequer and accumulating assets in Pakistan and abroad beyond his known source of income.