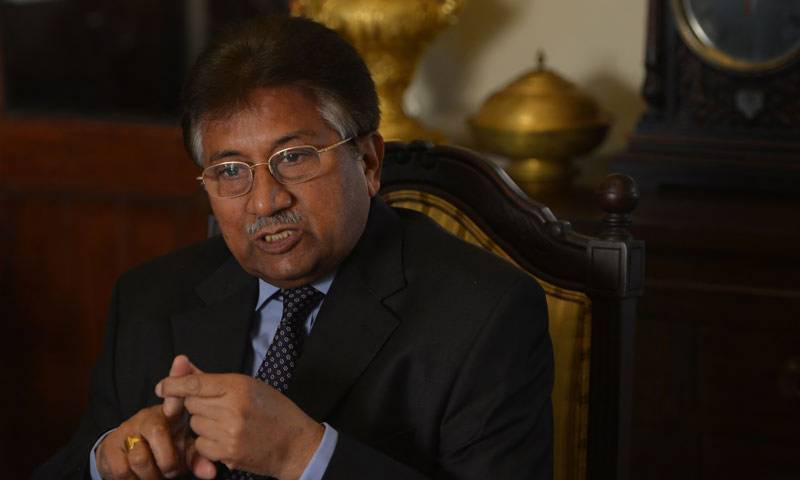 Islamabad (Staff Report/Agencies): Chief Justice of Pakistan (CJP) Asif Saeed Khosa on Monday remarked that the special court should announce its verdict against former president Pervez Musharraf — who is facing a treason case.

A three-judge bench headed by Chief Justice of Pakistan Justice Asif Saeed Khosa ruled that the special court should announce decision after hearing the prosecution as the suspect will lose his right to defend if he fails to appear before court on May 2.

As the hearing resumed, the CJP asked whether the former military ruler had provided assurance of his appearance in the court.

To this, Musharraf’s counsel replied that the former president himself wants to record the statement after his return to the country. Musharraf has given May 13 as his return date.

“What will happen if he does not return even after assurance?” the CJP asked cautioning that something should be done if one does not show up even after commitment.

The counsel of the former president, Salman Safdar, said that he cannot give a personal guarantee that Musharraf will return, but he has directed him to appear in person.

CJP remarked that a trial in the absence of a suspect is unconstitutional. “We cannot let the suspect avail the benefit of not appearing before the court deliberately. High-treason is not an ordinary crime,” he added.

The top judge remarked, "The court will review Article 9 in detail. As per Article 9, the court can start the trial even in the suspect's absence and one lawyer has to be appointed for the suspect's defence."

On March 7, the SC said that former president Pervez Musharraf can record his statement through a video link if he refuses to return to Pakistan.

Chief Justice of Pakistan Asif Saeed Khosa made the remarks during the hearing of a petition, stating that the proceedings of the treason case — being heard by a special court — had come to a halt since Musharraf had not returned to the country since 2016.

The chief justice said that Musharraf's statement could be recorded through a video link.

"If he still refuses to record a statement, then [the special court] can assume that he [Musharraf] has denied all charges," the top judge remarked, adding: "The special court can write 'denied' before every statement by the suspect."

On October 2018, the Lahore High Court (LHC) was informed that former military dictator declined to record his statement in a treason case via video link.

The former president’s lawyer told the court that the former military ruler wanted to appear before the court in person to provide evidence in his defence in the high treason. He said, “My client does not want to record his statement via video link but wants to appear in person to defend himself.”

The prosecution witness then stated, “Musharraf has wasted the opportunity to record his statement under Section 342.”

“Musharraf says he is not a coward and not scared of anyone,” the counsel added.

A case was initiated against Musharraf─ who has been out of the country since March 2016 ─ for suspending the Constitution on Nov 3, 2007 ─ an offence for which he was indicted on March 31, 2014.