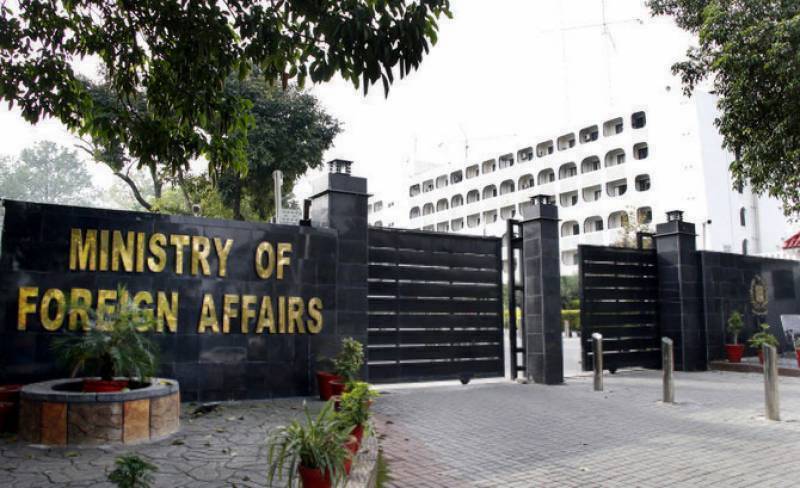 Islamabad (Web Desk): Pakistan has handed over the requisite demarches to the concerned country through diplomatic channels as decided earlier in the National Security Committee (NSC) meeting, a statement from the Foreign Office (FO) said.

The NSC on Thursday, while calling the communication of a foreign country’s senior official a “blatant interference” in the internal affairs of Pakistan, decided that Pakistan would issue a strong demarche to the country in question.

The National Security Adviser briefed the Committee on the “formal communication” of a senior official of a foreign country to Pakistan’s Ambassador in the said country in a formal meeting, which was duly conveyed by the Ambassador to the Ministry of Foreign Affairs.

Later, the Ministry of Foreign Affairs in a statement without naming the country said: “As decided in the National Security Committee meeting held on 31 March 2022, the requisite demarches have been made through diplomatic channels”.

Following the NSC meeting, PM Imran Khan also addressed the nation and vowed to not surrender before the foreign conspiracy against his government.

Imran Khan said that the opposition parties trying to oust him through the no-confidence motion were being supported by foreign powers.

On the other hand, the US State Department and White House together spurned Prime Minister Imran Khan’s allegation in which he had held foreign powers responsible for attempting to topple his governmen

Responding to a question that the Prime Minister of Pakistan accused the US government of working to remove him from power, Bedingfield said, "absolutely no truth to that allegation".

The US State Department on Wednesday denied US involvement in the no-confidence motion against Prime Minister Imran Khan, saying no US government agency or official had sent a letter to Pakistan on the current political situation in the country.