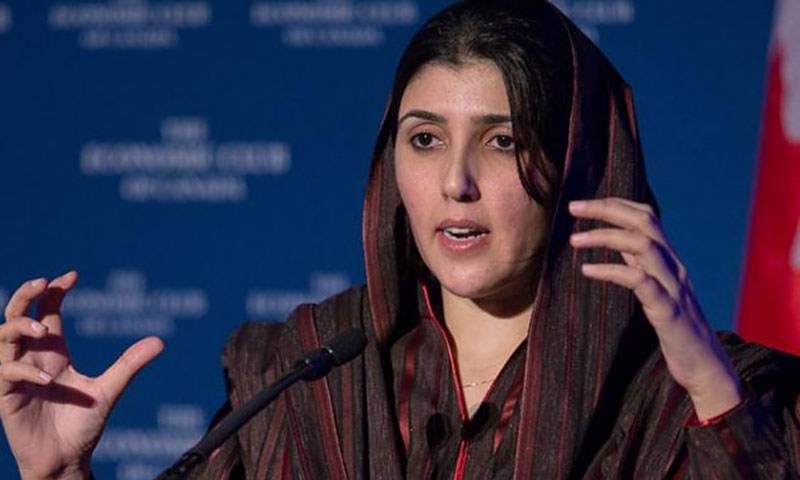 Islamabad (Web Desk): Pakistan Tehreek-e-Insaf (PTI) member of the National Assembly Ayesha Gulalai, candidate for a reserved seat from South Waziristan, has announced on Tuesday that she has left the party.

"Due to immoral character of Imran Khan and the gang around him, calling PTI workers "worthless" and "chotay workers" and rampant corruption by Imran Khan's agent Pervez Khattak in KP, MNA Ayesha Gulalai Wazir has left PTI", Ayesha Gulalai said in her social media post.

Additionally the post stated, "Gulalai would hold a press conference to address the issue on Wednesday."

Right after the post PTI spokesperson claim the post was fake and would be deleted and a clarification would be issued by Gulalai adding that the accounts for Gaulalai were being run by her brother.

PTI leader Fawad Chaudhry said he did not know about any complaints that Gulalai had with the party.

However, sources close to Gulalai have confirmed her post.