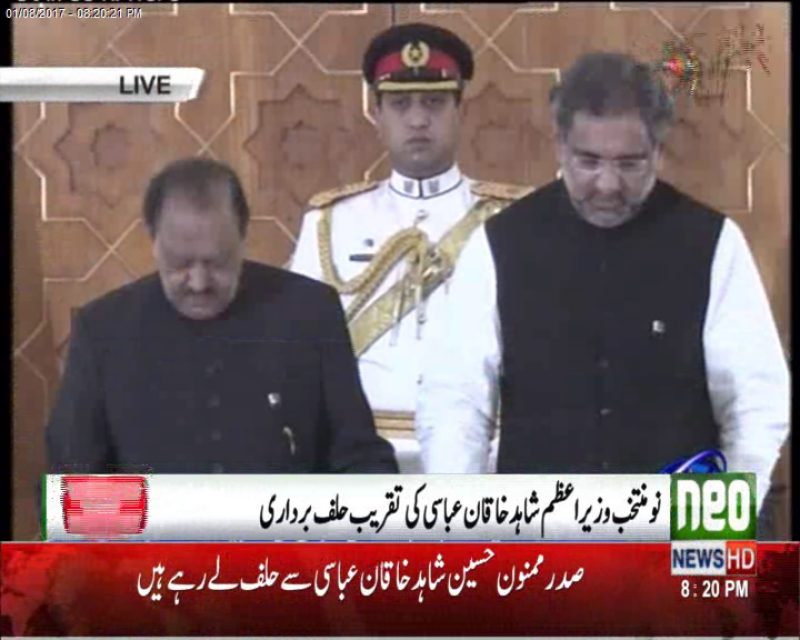 A crowd of government officials, military officers, and diplomatic representatives was present at the ceremony at the Presidency.

Educated in the US at George Washington University, he was born in Karachi but is a member of the National Assembly from Murree.

Abbasi worked in the US and Saudi Arabia as an electrical engineer before joining politics after his father, a minister in General Zia´s government, was killed when an ammunition dump exploded in Rawalpindi in 1988.

Abbasi has been elected six times as a member of the National Assembly since then, and has previously served as minister for commerce and defence production.

He was the chairman of national flag carrier Pakistan International Airlines (PIA) from 1997 to 1999, until General Pervez Musharraf overthrew Sharif´s second government.

Abbasi was arrested after the coup and imprisoned for two years before being released.