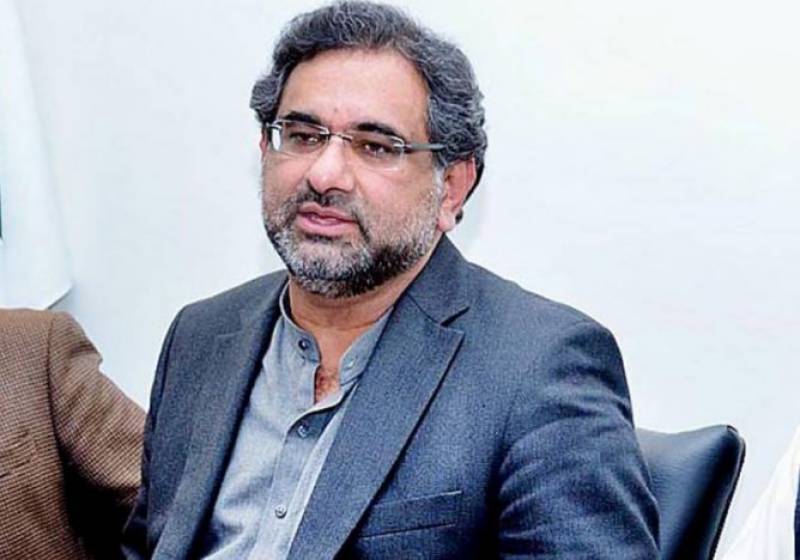 The anti-corruption watchdog requested for an extension in the physical remand of the PML-N leader.

During the hearing, the judge asked Khaqan to choose a counsel who would defend him in the case.

Responding to this, the former PM said he will represent himself in court.

The court, extending Physical remand of Abbasi, directed NAB to present the PML-N leader on August 15.

Shahid Khaqan Abbasi was arrested by a 12-member NAB team from Lahore on July 18 in a case related to the award of an LNG import contract.

Abbasi, accompanied by PML-N leader Ahsan Iqbal and spokesperson Marriyum Aurangzeb, was on his way to attend a press conference when he was arrested on the Thokar Niaz Baig interchange.

The former PM was shifted to NAB office in Lahore after a medical check-up and later was taken to Islamabad.

On July 19, the court granted the accountability bureau 13-day remand of the former premier and ordered NAB to present him on August 1.