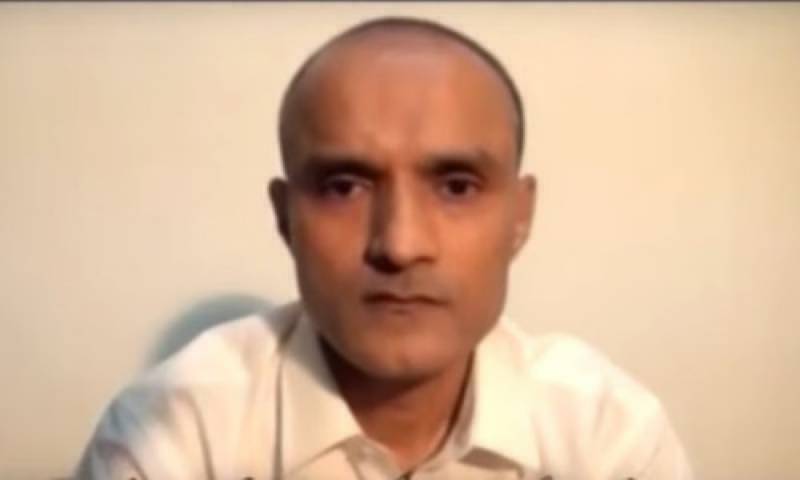 Islamabad (Web Desk): Pakistan made an official offer to the Indian government to grant consular access to spy Kulbhushan Jadhav.

This was stated by Foreign Office (FO) Spokesperson Dr Muhammad Faisal during his weekly press briefing in Islamabad on Thursday.

He said that work was being done on granting consular access to Jadhav and that measures in this regard were being taken in accordance with the verdict of the International Court of Justice (ICJ).

“India was informed that Jadhav could be granted consular access on August 2,” Dr Faisal said.

On July 19, the FO in a statement had said, "As a responsible state, Pakistan will grant consular access to Commander Kulbushan Jadhav according to Pakistani laws, for which modalities are being worked out".

The statement added that in pursuance of the ICJ decision, Commander Kulbhushan Jadhav has been informed of his rights under Article 36, Paragraph 1(b) of the Vienna Convention on Consular Relations.

On July 17, the ICJ in its verdict had ruled that Jadhav be allowed consular access immediately and asked Pakistan to ensure “effective review and reconsideration of his conviction and sentences”.

The ICJ, however, rejected India’s petition challenging the death sentence of its spy Kulbhushan Jadhav.

Jadhav, a serving commander of the Indian Navy associated with Indian spy agency Research and Analysis Wing (RAW), was arrested on March 3, 2016, from Balochistan on allegations of espionage and terrorism. In his trial at a military court, the Indian spy had confessed to his involvement in terrorist plots.