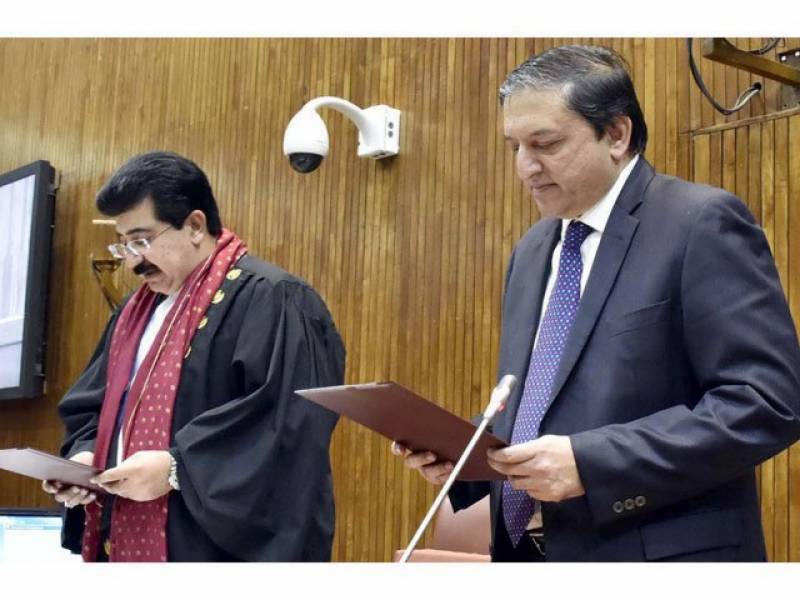 According to details, no-confidence motion tabled by the opposition against Sadiq Sanjrani failed to receive the 53 votes required for his removal. The resolution received 50 votes whereas five votes were rejected, while 45 were cast in favour of Sanjrani.

About 100 senators, including Sanjrani, participated in voting process. 64 senators attending the session stood in favour of the no-confidence motion at the start of Thursday's session.

The opposition has a total of 67 members, one of whom (Ishaq Dar), has still not taken oath. Pakistan Muslim League-Nawaz’s (PML-N) Chaudhry Tanvir was also absent from the House.

Two senators of Jamaat-e-Islami (JI) abstain from the voting process.

Mandviwalla received 32 votes whereas only 7 votes were cast against him.

On July 9, the opposition had submitted a resolution of no-confidence against Sanjrani to the Senate Secretariat with the signatures of 44 senators.

In a tit-for-tat move, the senators of the Pakistan Tehreek-e-Insaf (PTI) and its allies moved a no-confidence motion against Senate Deputy Chairman Saleem Mandviwalla on July 12.

The opposition parties had nominated Hasil Bizenjo as their candidate for the post of chairman Senate.

This was for the first time in the history of Pakistan that a no-confidence motion was submitted against the senate chairman.