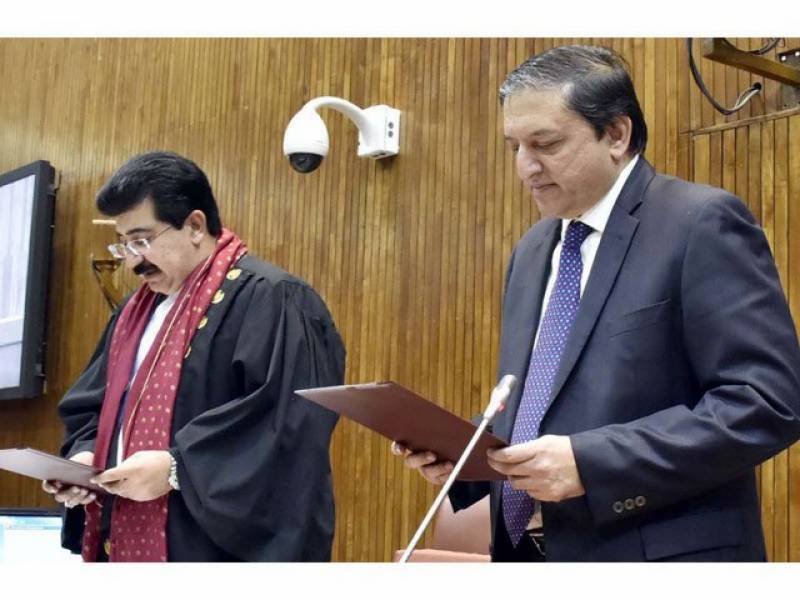 Islamabad (Web Desk): The voting on the no-confidence motion against Senate Chairman Sadiq Sanjrani is underway.

The members of the Upper House of Parliament will vote on a no-confidence motion against deputy chairman Saleem Mandviwalla later.

Barrister Saif of Muttahida Qaumi Movement-Pakistan (MQM-P) who was appointed as presiding officer is chairing the Senate session.

Voting is taking place through a secret ballot with a total of 53 votes required to remove the chairman and deputy chairman.

On July 9, the opposition had submitted a resolution of no-confidence against Sanjrani to the Senate Secretariat with the signatures of 44 senators.

The opposition parties have nominated Hasil Bizenjo as their candidate for the post of chairman Senate.

Speaking to media on Wednesday, Biznejo said he had already won the day his name was put forward. He claimed to have the support of 65 opposition senators and suggested Sanjrani to resign. "It would be better for him as well as for us," he said.

The opposition leaders claim to have the backing of enough number of senators to get their candidate elected as chairman Senate.