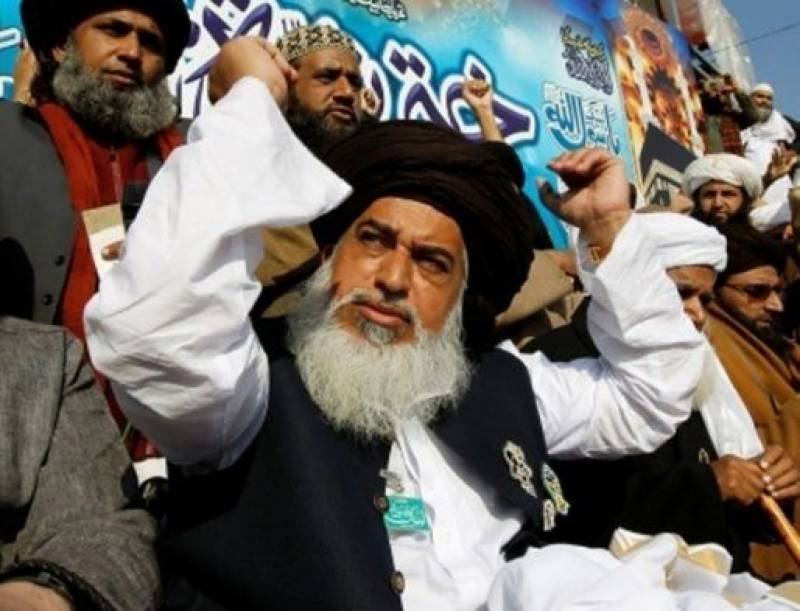 Islamabad (Staff Report/Agencies): Information Minister Fawad Chaudhry on Saturday said that the government has registered cases against Khadim Hussain Rizvi and other key leaders of Tehreek-e-Labbaik Pakistan (TLP) under treason and terrorism charges.

Addressing a press conference in Islamabad, Fawad Chaudhry said that a case has been registered against TLP leader Khadim Rizvi under charges of sedition and terrorism at the Civil Lines Police station in Lahore.

He informed that similar charges have been levied against Pir Afzal Qadri, Hafiz Farooq ul Hassan and others for causing damages worth millions of rupees to public and private property and misbehaving with the people.

"Afzal Hussain Qadri, who is the second most important TLP leader, has been charged over treason and terrorism allegations in Gujrat," he said.

Fawad said that all activists of the party involved in ransacking the properties, torching the vehicles and misbehaving with people, including women and children, will also be tried under terrorism charges.

Others, who were present as spectators but not involved in any disruptive activity, will be released after paying heavy fines and surety bonds that they will not be involved in such activities again, he said.

The minister said charges against them will be presented in courts and punishments awarded according to law.

Fawad said an intelligence-based operation was launched on a large scale by police. He said that all main opposition parties were taken onboard before the operation.

“During the operation, 2899 people were taken in protective custody in Punjab, 139 in Sindh and 126 in Islamabad”, the minister told.

He appreciated the cooperation extended by the opposition parties on this national issue.

The minister said the leadership of TLP incited the people to disrupt the system. He said protest is a legal and constitutional right of all citizens but state will not allow its writ to be challenged.

Fawad warned nobody will be allowed to take law and constitution into hands and strict action will be taken against violators.

On November 23, police had taken top TLP leaders including Rizvi into protective custody as they refused to withdraw their call for yet another protest in Rawalpindi's Liaquat Bagh on November 25.

The Supreme Court on November 22 had reserved the verdict in a suo motu case regarding Faizabad sit-in staged by the TLP in 2017.

Last year in November, the top court had taken suo motu notice of the three-week long sit-in, which was held against a change in the finality-of-Prophethood oath, termed by the government as a clerical error, when the government passed the Elections Act 2017.