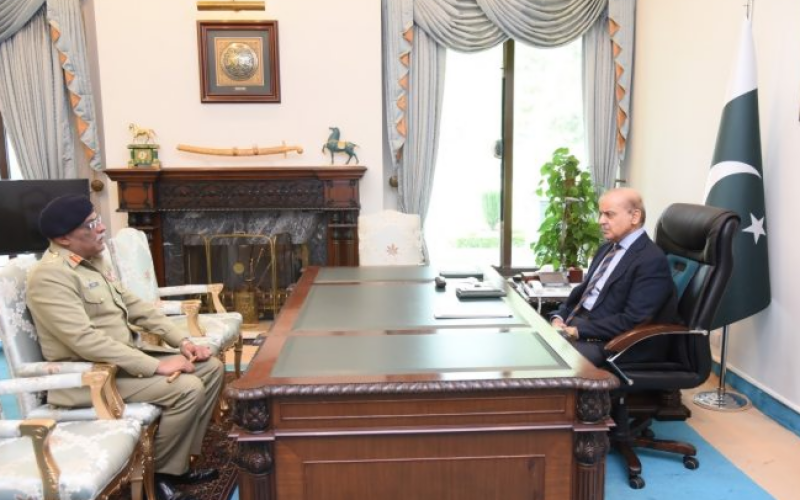 According to details, the prime minister congratulated General Sahir Shamshad Mirza on assuming the responsibilities of the CJCSC.

During the meeting, they discussed the professional matters pertaining to Pakistan's armed forces.

Speaking on the occasion, PM Shehbaz said army is a valuable asset of the nation.

He said defense of the country will be stronger with the leadership of two most capable officers.

During the meetings, views were exchanged on matters pertaining to defence and mutual interest.

General Sahir Shamshad Mirza also assumed the charge of his office as the CJCSC at the Joint Staff Headquarters in Rawalpindi earlier this week.