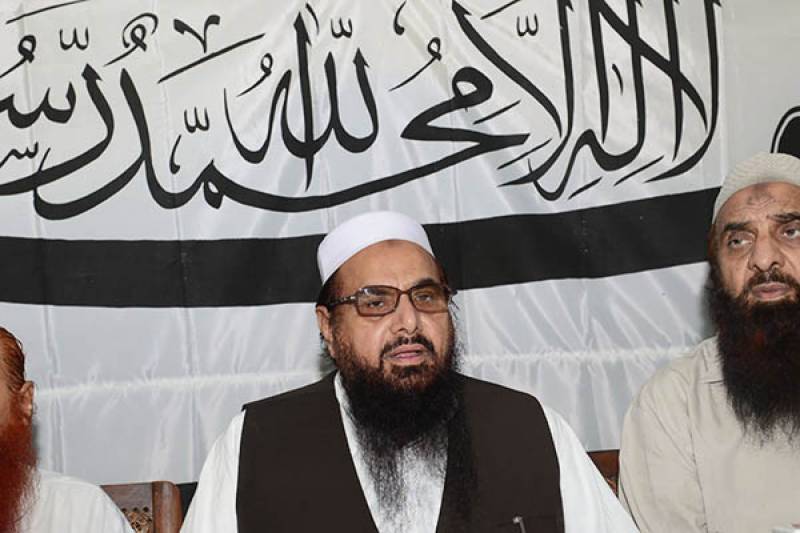 Lahore: Following Hafiz Saeed house arrest, his name has been put on Exit Control list along with his 35 leaders. The development has come in after JuD chief was put under house arrest on January 30. Chief of Jamaat-ud-Dawa (JuD), Hafiz Saeed among 35 leaders of the organisation were banned by United States (US) years.

Computerised National Identity Cards (CNIC) and passports of all 35 persons have been put in the block list.