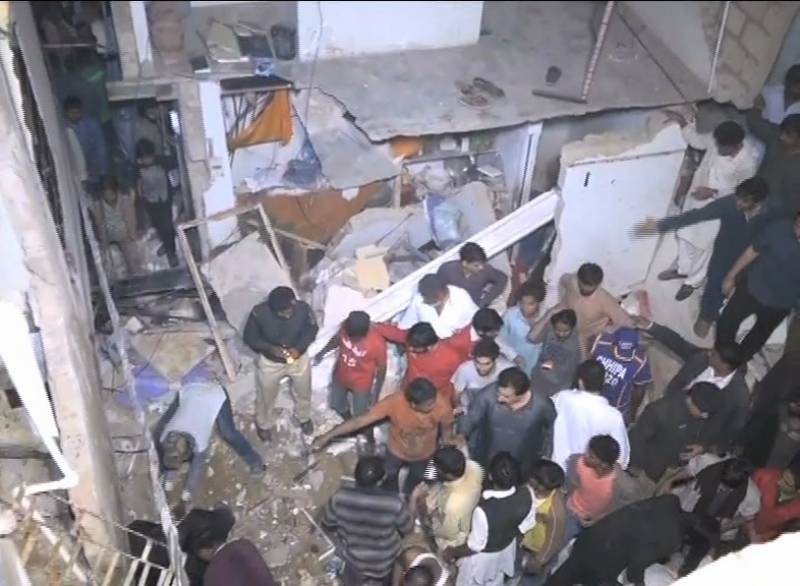 Karachi (Staff Report): At least two people, including a woman, killed and five other wounded after a two-storey building collapsed in Neelam Colony in the early hours of Wednesday.

The dead were identified as Zeenat and Azeem.

Rescue teams rushed to the spot immediately after the incident being reported. According to rescue, five people, including two children, were immediately shifted to civil hospital.

According to hospital authorities, two of the injured had 90 percent fire burns on their body.

The area people suspected that the incident occurred due to gas cylinder blast. Police have started an investigation on the case.