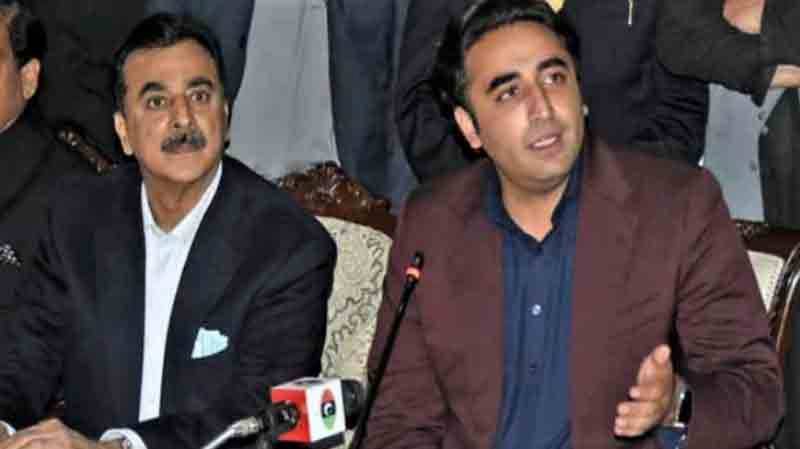 Karachi (Web Desk): Pakistan Peoples’ Party (PPP) Chairman Bilawal Bhutto-Zardari on Monday refused to accept Yousaf Raza Gillani’s resignation from the position of leader of the Opposition in the Senate.

As per the sources, the PPP chairman appreciated Gillani’s services and called them a “shining example” for the democrats and said that the representatives of PPP hold themselves responsible.

While regretting the role of Senate chairman, Bilawal said that the Sadiq Sanjrani passed the bill "in connivance with the government."

PPP’s leader and former premier Yousaf Raza Gillani on Monday tendered his resignation as the leader of the Opposition in the Senate days after the Upper House of the Parliament the State Bank (Amendment) Bill 2021.

Speaking on the floor of the Senate, Gillani said he has submitted resignation to his party.

"I do not want to be the Opposition leader anymore," the PPP senator said.

"It was not appropriate to add the bill to the agenda late night. This was such an important agenda; we should have been given more time to mull over it. The House is taken into confidence over such important matters related to the national interest, but unfortunately, this wasn't the case," he said.

Gillani said the bill was not sent to the relevant standing committee, as he highlighted that bills are debated over in the committees, and as a result, lawmakers reach consensus over a matter.

The PPP leader said speakers and chairman are the representatives and custodians of the House. Therefore, the role of these officers should be unbiased, he added.

Criticising Senate Chairman Sadiq Sanjrani, he said that Friday's session was suspended for 30 minutes. "That means you facilitated the government and not the opposition," he said while addressing Sanjrani.

He said that the opposition was in the majority before the break, while after the break the numbers of the two benches were equal which led to the Senate chairman casting his vote.

"This happened for the first time in the history of Senate."

Gillani said said the Senate chairman was bound to remain neutral as he was the custodian of the House, not the government.