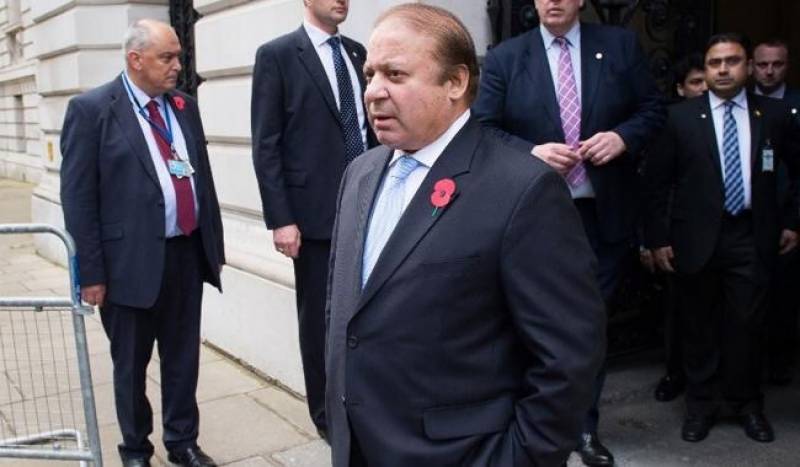 Lahore (Web Desk): A medical report of former premier Nawaz Sharif was submitted to the Lahore High Court (LHC) on Tuesday in which the PML-N supremo was advised to refrain from travelling to Pakistan due to health risks posed to him.

In the three-page report, Dr Fayaz Shawl, director of the intervention cardiology department at Adventist Healthcare White Oak Medical Centre in the United States (US) and clinical professor of medicine at George Washington University, stated that he had known Nawaz Sharif since June 13, 2004, when he had performed coronary intervention on him at King Faisal Specialist Hospital and Research Centre in Jeddah, Saudi Arabia.

The doctor said he had subsequently performed two more procedures on Nawaz at Dubai's Zulekha Hospital on January 28, 2007.

As per the report, Nawaz Sharif should stay in London until his angiography as it could worsen his condition.

The report further said that the PML-N supremo should continue his medication and take walks in the fresh air, adding that, “he should take precautionary measures to protect himself from COVID-19 and should refrain from travelling or visiting crowded places as the virus can have severe effects on him due to his heart condition”.

The report also revealed that Nawaz Sharif is under severe stress after the death of his wife Kulsoom Nawaz and he is directed to continue activities without any mental stress.

In the report, Dr Shawl said that he can be contacted in case any questions arise regarding Sharif’s report.

It is pertinent to mention that Nawaz has been in London since November 2019, when he was undergoing medical tests, and he was scheduled to undergo cardiac catherisation at the time.

In January 2020, doctors evaluated whether he would need a heart operation, bypass, or a stent. Due to his haematological issues, family sources had said that at the time, they had considered travel to the US to address his complications.

Then the pandemic set in, leaving many hospitals in the UK battling staff shortages due to high infection rates.

However, the UK only went into national lockdown in March 2020 as cases rose and hospitals declared emergencies, and it is unclear why the former premier did not have the surgery between January and March 2020.

The former prime minister has had two major cardiac interventions in the past (2010 and 2016) and experienced thrombocytopenia in 2019, when he was granted permission by the Pakistan Tehreek-e-Insaf (PTI) government to travel abroad for medical treatment.

Without the third cardiac surgery he has been advised to undergo, it appears unlikely that the former prime minister will return to Pakistan.

The minister, in a video message, said that a doctor from the US state of Washington had written medical report, even though the Nawaz Sharif was residing in London.

Fawad Chudhry termed the report as "fake" and said that such reports were making a mockery of the country's judicial system and laws.

He expressed the hope that the judiciary would take ‘strict’ notice of such illegal acts to restore prestige of the country.