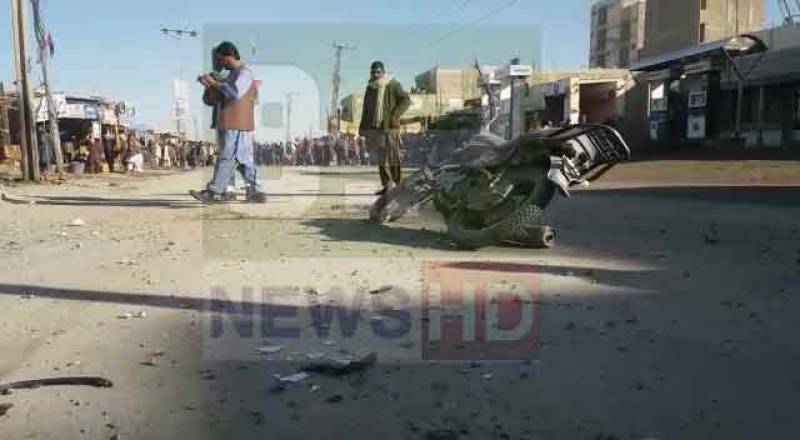 Chaman (Staff Report): At least eight people, including security forces, were injured after two explosions in Chaman, capital of Qilla Abdullah Districts in Balochistan, on Monday.

The sources reported that the blasts took place on Mall Road in the city, which is also close to Pak-Afghan border.

The first blast took place after explosive material concealed under a heap of gravel exploded, while the other explosion occurred when people gathered around the site.

The nature of the blasts is yet to be determined however, security officials have cordoned off the area.

Injured have been shifted to nearby hospital for medical treatment.