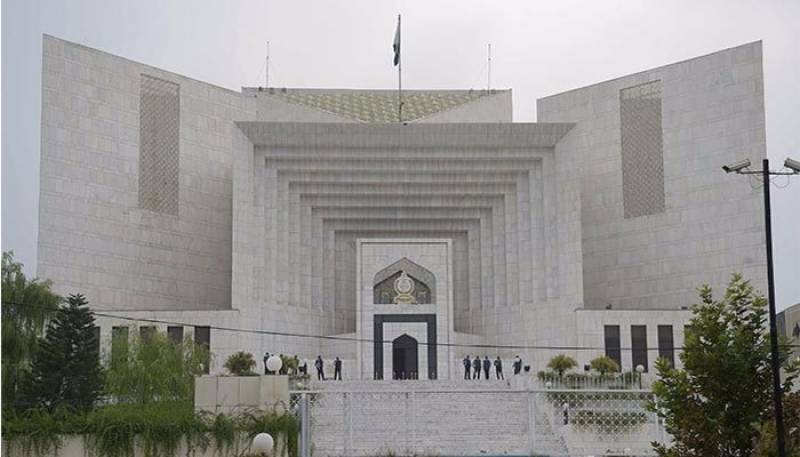 The petitions, challenging specific clauses of the recently passed Elections Act 2017, state that Nawaz's appointment as party president is in violation of Clause 5 of the Political Parties Order 2002 and Article 17 of the Constitution.

As the hearing went under way, the chief justice remarked that the petitions are political in nature.

He also observed that Parliament is the supreme body of lawmaking in the country, adding that the court will strictly move according to the law.

The chief justice inquired from the counsel of one of the petitioners according to which law can Parliament's legislation be nullified.

Notices will only be served when you make a case for them, Chief Justice Nisar responded to Rasheed's counsel Farogh Naseem's plea to issue notices in the case.

"Tell us how many times has the Supreme Court nullified laws made by Parliament," he asked the counsel.

The counsel for the National Party asked for time to prepare for the case, to which the chief justice disagreed and observed that the hearing will be held according to schedule later today.

"Don't take the courts easy. The case will not be adjourned," the court asserted.

The bench then went into recess and reconvened shortly.

Concluding the hearing, the bench accepted the petitions and issued notices to the respondents, including Nawaz and the Election Commission of Pakistan, and sought their responses.

The hearing was then adjourned until January 23.

Following Nawaz's disqualification as prime minister in July in the Panama Papers case, the ruling party managed to amend the Constitution to allow the former premier to retain his chairmanship of the PML-N.

As a result, the Elections Act 2017 was passed by Parliament bringing Nawaz back as the party president despite his disqualification from the National Assembly.