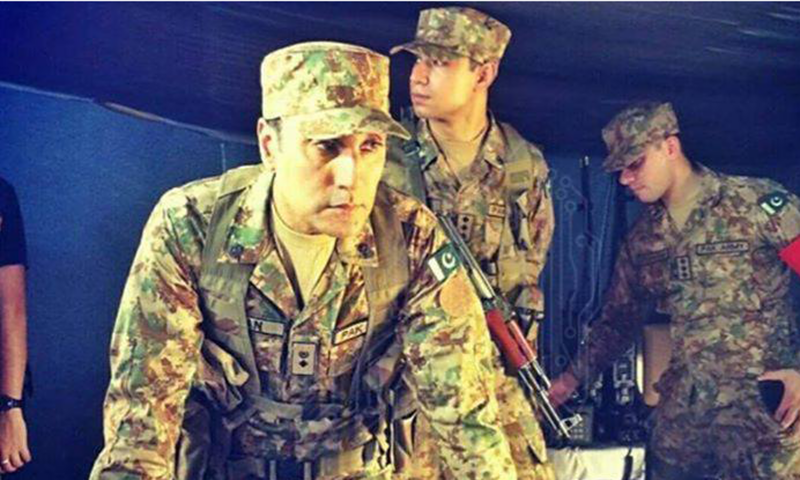 According to details, America News Channel, Fox 5, highlighted the upcoming Pakistani movie Yalghaar on American TV screens. The reporters on set said that the movie spreads a message of social responsibility, inspired by actual events of a military operation in the Swat Valley against an extremist stronghold.

According to details, ‘Hum Films’ have managed to held debut ‘Yalghaar’ in 22 countries. Yalghaar is now showing across all cinema screens worldwide.

Pakistani actress Sana Bucha said in the video, “I thought that this film was just a brilliant chance of putting what I think forward in a different way,” she added, “We used real ammunition, real blasts, real military, everything is real in this film.”

Actress Armeena Khan added, “There’s a lot of people fighting against terrorism. We’re up in arms against it, we’re speaking out about it, we’re going out, demonstrating, which is never highlighted.”

Renowned Adnan Siddiqui said, “The movie itself is a message to the nation and a warning to all the terrorists. We’re here and we will fight,” further Siddiqui exclaimed, “What I’m doing is right. I just cannot let this happen in this country or anywhere else in the world.”

According to Ayesha Omar’s statement, “We were shooting in areas which actually had stuff going on, so we couldn’t always gain access. If we can play a part in spreading this message, in supporting this subject, it’s huge. It is huge because the message is going across to the entire world.”

The actors hope that the movie serves as a message to their country and mitigate the phenomenon of worldwide terrorism in hopes that it can be easily defeated to maintain peace.