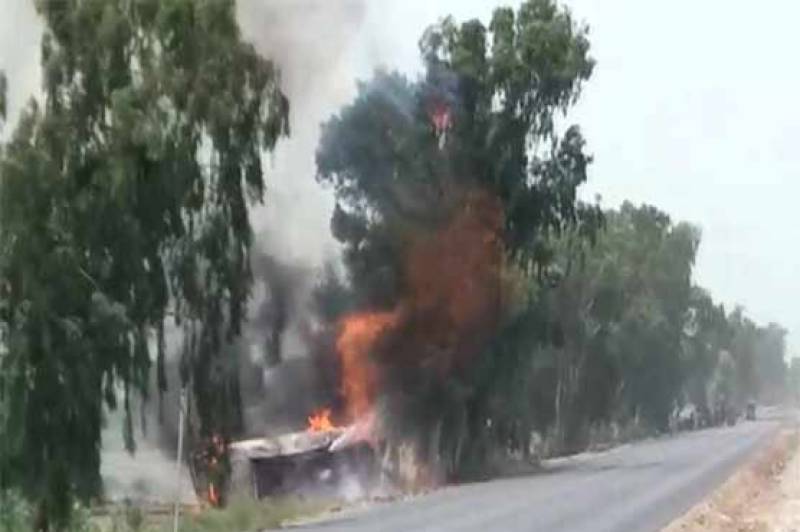 According to details, the truck driver managed to escape the blaze.

No loss of human life has been reported yet. According to officials, fire brigade from all over the district has been called to overcome the blaze. It will take three to four hours to put out the fire.