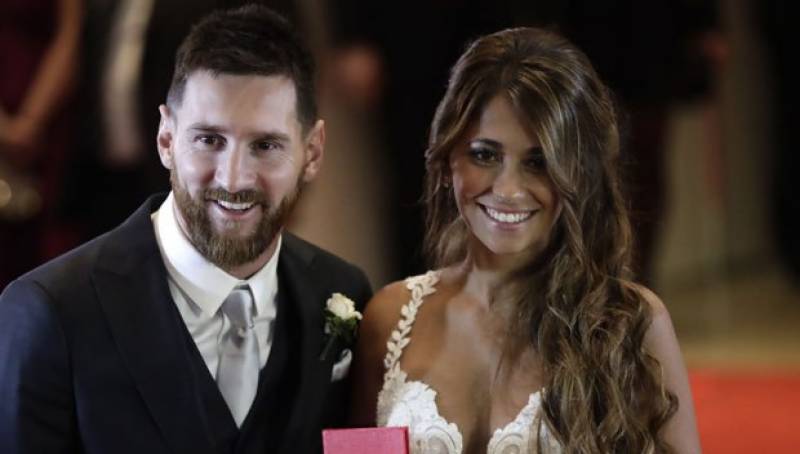 The Barcelona superstar and Roccuzzo had to have the bride’s dress flown in on a private jet from Spain. The couple looked over the moon as they finally tied the knot in front of their young sons Thiago and Mateo. Superstar Messi, 30, beamed as he enjoyed the special event with over 250 friends and family while a host of Barcelona stars from past and present were in attendance. It has been reported guests have had mobile phones banned, staff sworn to secrecy and over 450 police officers have been brought in to manage the situation. Argentinian media say there is tension between Messi’s family and his bride Antonella.