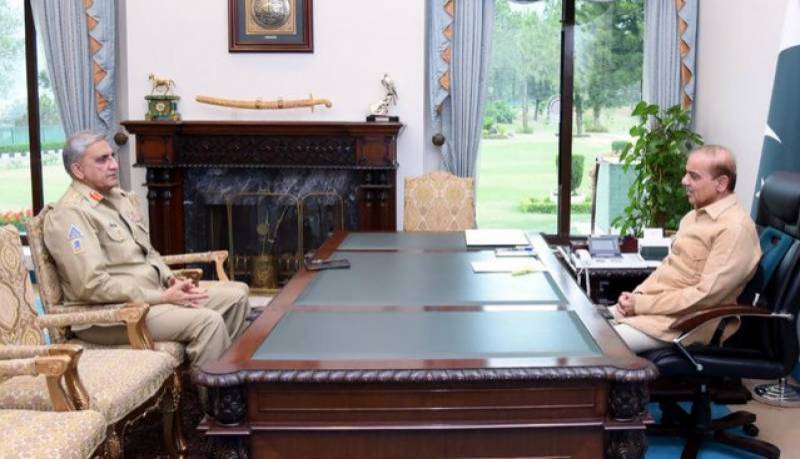 According to the sources, professional matters pertaining to national security were discussed during the meeting.

The meeting between top civil-military leaders was held at the Prime Minister's House, the sources said.

COAS General Bajwa last met PM Shehbaz Sharif in April, which was their first meeting after the premier was elected to office.