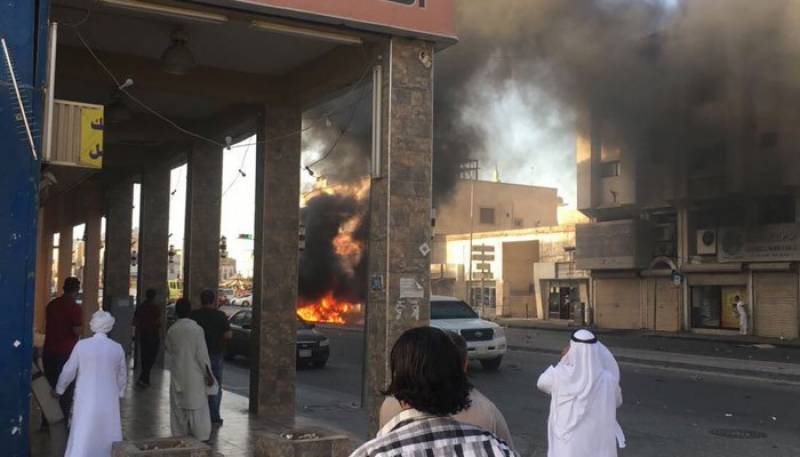 Riyadh (Online): An explosion shook the city of Qatif in eastern Saudi Arabia on Thursday, where many of the kingdom's Shi'ite Muslim minority lived and emergency vehicles converged on the scene.

It was the latest incident in the city, where Daesh militants have carried out deadly attacks in recent years.

The witness said, asking not to be identified, "The explosion was very huge."

Armoured and other police vehicles sealed off the area after the explosion.

Saudi television channel Al-Arabiya reported a car bombing was the cause of the explosion. The vehicle engulfed in flames in the middle of a street, with dense black smoke rising around it.

Other images showed what appeared to be at least one charred body lying beside a vehicle, which looked like an SUV, after firefighters extinguished the blaze.