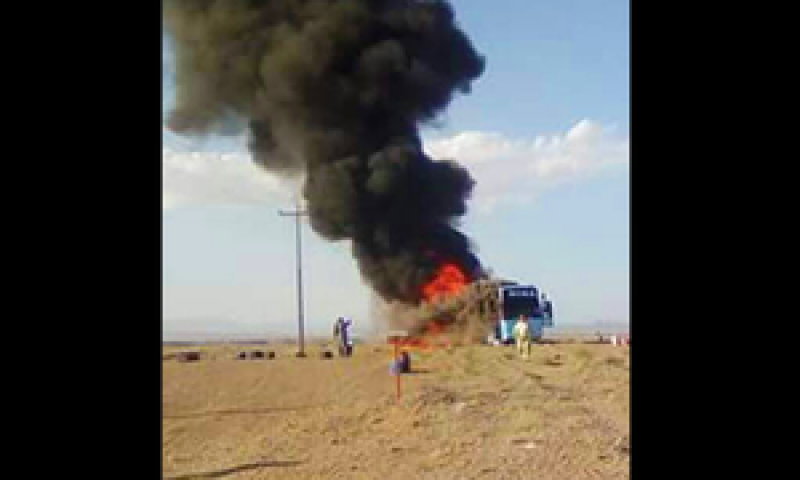 Turbat (Staff Report): At least five passengers received severe burns when a bus carrying Shia pilgrims caught fire on Thursday as it was returning from Iran.

According to levies officials, the bus, carrying passengers from Punjab who had travelled to Iraq and Iran to perform pilgrimage, caught fire near the Iranian border and was completely destroyed.

Rescue teams arrived on the site of the incident shortly after it was reported and transported those who had received burns to District Headquarters hospital in Turbat.

The remaining passengers, including women and children, remained safe.