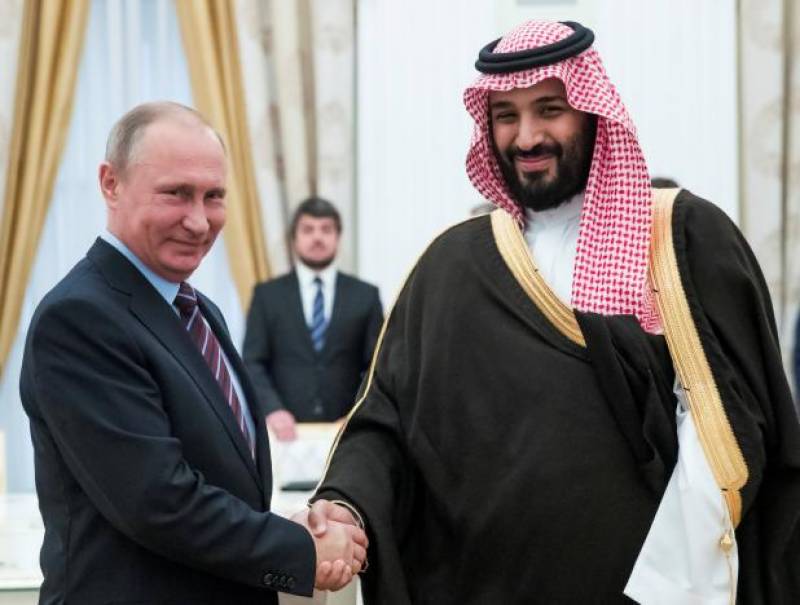 Moscow (Reuters): A meeting between the two men who run Russia and Saudi Arabia's oil empires spoke volumes about the new relationship between the energy superpowers.

It was the first time that Rosneft boss Igor Sechin and Saudi Aramco chief Amin Nasser had held a formal, scheduled meeting - going beyond the numerous times they had simply encountered each other at oil events around the world.

Their conversation also broke new ground, according to two sources familiar with the talks in the Saudi city of Dhahran last week who said the CEOs discussed possible ways of cooperating in Asia, such as Indonesia and India, as well as in other markets.

The sources did not disclose further details, but any cooperation in Asia between Russia and Saudi Arabia - the world's two biggest oil exporters - would be unprecedented.

State oil giant Aramco confirmed the meeting took place but declined to give details of the closed-door talks, which took place on the same day as OPEC kingpin Saudi Arabia and non-OPEC Russia led a global pact to extend a crude output cut to prop up prices. Kremlin oil major Rosneft declined to comment.

The meeting - which also saw Nasser give Sechin a tour of Aramco's HQ, according to the sources - gives an insight into the newfound, unexpected and fast-deepening partnership between the two countries. It is one that will be closely watched by big oil consumers around the world which have long relied on the hot rivalry between their top suppliers to secure better deals.

Such a detente between Moscow and Riyadh would have been almost unthinkable in the past.

Up until a year ago, the two sides had virtually no dialogue at all, even in the face of a spike in U.S. shale oil production that had led to a collapse in global prices from mid-2014. Sechin was strongly opposed to Russia cutting output in tandem with OPEC.

In a sign of their white-hot Asian rivalry, Rosneft outbid Aramco to buy India's refiner Essar last year and boost its share in the world's fastest growing fuel market.

Fast forward a matter of months, and Moscow and Riyadh have become the main protagonists of the pact to cut output - agreed in December and extended last week - and are even discussing possible cooperation in their core Asian markets.

"It is a new 'axis of love'," one senior Gulf official said of the relationship.

On Tuesday, Putin welcomed Saudi Deputy Crown Prince Mohammed bin Salman in the Kremlin and both men said they would deepen cooperation in oil and work on narrowing their differences over Syria, where Moscow and Riyadh are backing opposing sides in a civil war.

"The most important thing is that we are succeeding in building a solid foundation to stabilize oil markets and energy prices," said Prince Mohammed.

Putin said the countries would work together to resolve a "difficult situation".

The first attempt at cooperation between the two countries failed spectacularly with both sides unable to agree joint actions at an OPEC meeting in December 2014, six months after oil prices began tumbling from above $100 a barrel.

To add insult to injury, Sechin pledged to keep pushing output higher, even if prices fell to $20 per barrel. Saudi's then oil minister, Ali al-Naimi, retaliated by saying the Russian oil output would collapse as a result of low prices, a prediction that turned out to be wrong.

Much has changed since then, however, economically and politically - and the unlikely partnership between Moscow and Riyadh has been born out of necessity.

When oil prices collapsed, both economies were driven into deficit after years of high spending and are only now slowly recovering. With Russia heading for a presidential election in early 2018, and Prince Mohammed having pledged to reform the Saudi economy and publicly list Aramco, neither country can afford another oil price shock.

The ousting of veteran minister Naimi and his replacement with the more pragmatic Khalid al-Falih last year also appeared to have helped, with their dialogue facilitated by OPEC's new secretary general Mohammad Barkindo.

"If minister Falih says something, I know it will be done," Russian Energy Minister Alexander Novak said last week in Vienna after Russia and OPEC agreed to extend output cuts.

Novak is looking to organize a trip for Falih to a Russian Arctic field, having visited Aramco's facilities in the Empty Quarter desert himself last October. "Last year, minister Falih took us to a desert - we want to show him an ice desert," Novak joked last week.

Barkindo told Reuters: "They (Saudi Arabia and Russia) are the leading lights of the Declaration of Cooperation between OPEC and non-OPEC which has opened a new chapter in the history of oil."

On Tuesday, Novak and Falih reiterated in Moscow they would do "whatever it takes" to stabilize oil markets, borrowing a famous phrase used by European Central Bank President Mario Draghi five years ago to defend the euro.

They also discussed the outlook for non-OPEC production including U.S. shale output, which has resumed growing over the past year as private American producers have cut costs and adapted to lower prices.

US crude is now being exported all over the world and the chances of private producers agreeing to cooperate with OPEC are minimal because of tough U.S. anti-monopoly legislation.

"Both Russia and the Gulf countries are interested in some type of oil price stabilization and they hope that they can achieve this without undertaking a sort of massive cuts which they had to do back in the 1980s," said Paul Simons, a former US diplomat now serving as deputy executive director of the International Energy Agency.

Saudi Arabia and Russia say they will remain in partnership long after the current output reduction deal expires.

"It is necessary to work out new framework principles for continued cooperation between OPEC and non-OPEC even after the expiration of the Vienna agreements," Novak said on Wednesday.

Falih, for his part, ended his speech by thanking Novak in Russian: "Spasibo."