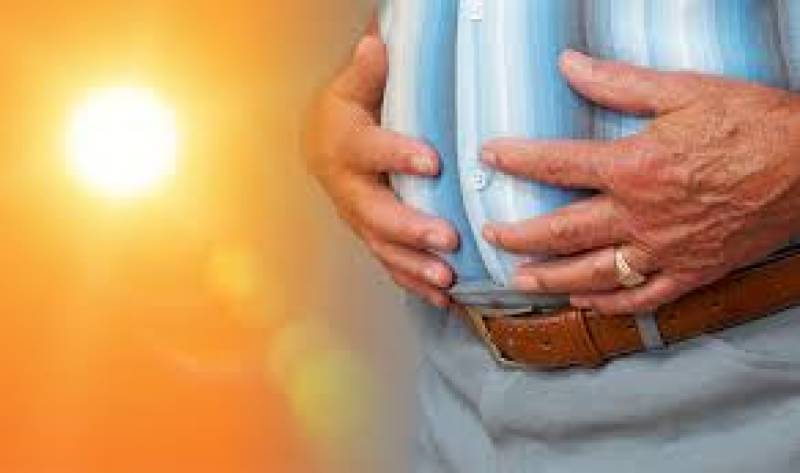 Washington (Web Desk): Extremely hot weather makes us sweat and frizzes some people's hair, but a new study reports for the first time that it can also worsen some gastrointestinal (GI) problems.

Swiss researchers found that during a heat wave, there's an increased risk for inflammatory bowel disease (IBD) flare-ups, and a greater risk of infectious gastroenteritis (IG).

The study showed that prolonged periods of hot weather led to a 4.6 percent increase in risk of people needing to be hospitalized with a relapse of inflammatory bowel disease for every additional day that a heat wave lasted.

Manser explained that if extreme heat began on a Monday, and continued all week, by Saturday (day six) it would be classified as a heat wave, and by Sunday (day seven) the risk for IBD flares would increase by 4.6 percent a day.

Crohn's disease and ulcerative colitis are two types of inflammatory bowel disease, and have symptoms including stomach pain, diarrhea, and bleeding.

Infectious gastroenteritis may result in vomiting and stomach cramps, and can be caused by a virus, such as norovirus; a bacteria, such as salmonella; or a parasite, such as giardia.

The study is originally published in the American Journal of Gastroenterology.

Hot, humid weather to prevail during the next twelve hours: Met Deptt

Hot, humid weather expected to prevail in most parts of country