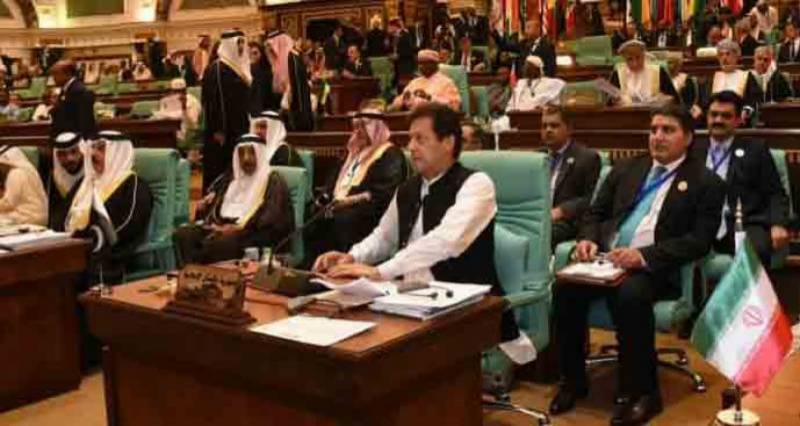 Addressing the 14th OIC Summit in Makkah, the PM said that the Muslim world must use the OIC platform to delink terrorism with Islam.

Terming the phenomena of blasphemy and Islamophobia in the West as failure of the OIC, he said the Organisation's inability has also led to delegitimising the Muslim political freedom struggles which were termed as 'Islamic radicalism'.

PM Imran said the people of Indian occupied Kashmir had been carrying out their political struggle for freedom but after 9/11, it was also dubbed as 'Islamic radicalism and terrorism'. He said that the people of Indian occupied Kashmir have not been given their right to self-determination as had been guaranteed by the United Nations (UN) Security Council’s resolutions.

Speaking about the Palestine-Israel issue, he said Israel started oppressing the Palestinians calling their freedom movement as 'Islamic terrorism'.

PM Imran reiterated that there is no solution to the Palestine issue except the two-state solution with East Jerusalem as the capital of the Palestinian state. OIC must “stand against oppression happening with the Muslim world”, the PM said.

During the meeting, the two leaders discussed maters of mutual interest and took stock of the current state of bilateral political, economic and trade relations.

On Friday, Prime Minister Imran Khan also held a meeting with Afghan President Ashraf Ghani on the sidelines in Makkah.

During the meeting, PM Khan reaffirmed Pakistan's commitment to a peaceful and stable Afghanistan.