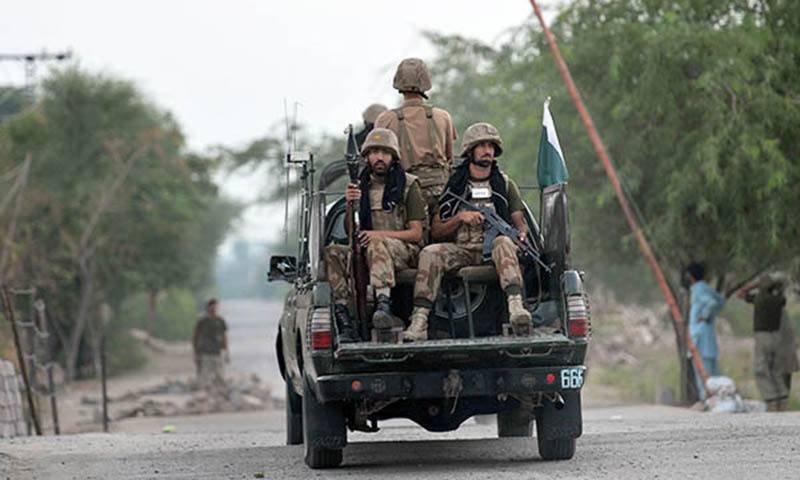 Rawalpindi (Web Desk): A Pakistan Army soldier was martyred on Saturday in a terrorist attack on a military vehicle in Boya area of North Waziristan.

According to Inter-Services Public Relations (ISPR), the Army vehicle was on routine patrolling in the area when the terrorists attacked it. They first opened fire and then attacked the vehicle with an improvised explosive device (IED).

As per the ISPR, terrorist activities in North Waziristan have increased in the recent past. “Five soldiers have been martyred in 31 injured due to terrorist attacks in the tribal district during the last month,” it added.

The ISPR further said that the "arrest of facilitators linked to these terrorists activities led to the incident of Khar Kamar post on 25 May" in which Pashtun Tahaffuz Movement (PTM) protesters attacked the army check post in North Waziristan tribal district.