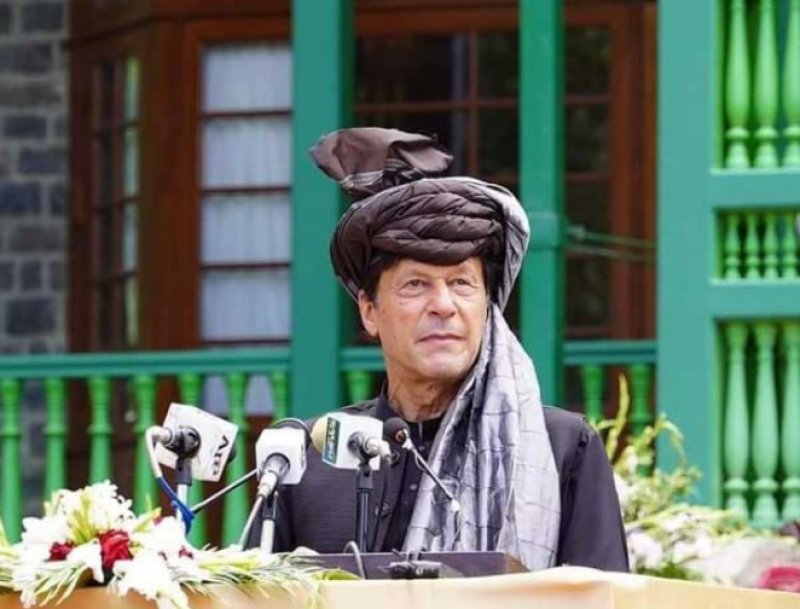 Ziarat (Web Desk): Prime Minister Imran Khan on Tuesday said that Pakistan has come out of the bad times and is now moving towards economic progress.

Addressing a ceremony at Quaid-e-Azam Residency in Ziarat, the premier said that the government is pursuing a policy of inclusive development, particularly focusing on less developed areas to bring them at par with other parts of the country.

He said Balochistan, interior Sindh, merged districts of Khyber Pakhtunkhwa (KP), and Southern Punjab were ignored in the past.

The prime minister regretted that the opposition parties, which have been claiming about the government’s failure for the last two and half years, were now disputing the GDP growth figure.

“In fact the opposition parties wanted the present government to fail in economic terms, as they feared that if the government succeeds, their politicking would end,” he remarked.

PM Imran said that the federal government gave a package of Rs700 billion for the development of Balochistan and is going to announce another package for roads and highways.

“It is unfortunate that even the funds allocated for Balochistan in the past were misappropriated,” Khan said.

PM Imran said that there was a gas issue in Ziarat, and the respective member of the provincial assembly (MPA) had told the premier that a gas line would be installed to overcome this problem.

Installing an LPG plant is more feasible in Ziarat, he said, adding in the next fiscal year, he would try his best to get an LPG plant installed in the city.

He said Ziarat has great potential for tourism, which needs to be developed to generate economic activities in the area.

Prime Minister Imran Khan also urged the Balochistan government to launch the health insurance scheme in the province for the benefit of people, especially the poor ones, who face many economic hardships in case a family member got ill.

The premier also expressed his grief over the martyrdom of Frontier Constabulary (FC) personnel in terrorist attack in Quetta and Turbat and prayed for peace of departed souls as well as for fortitude of the bereaved family members.