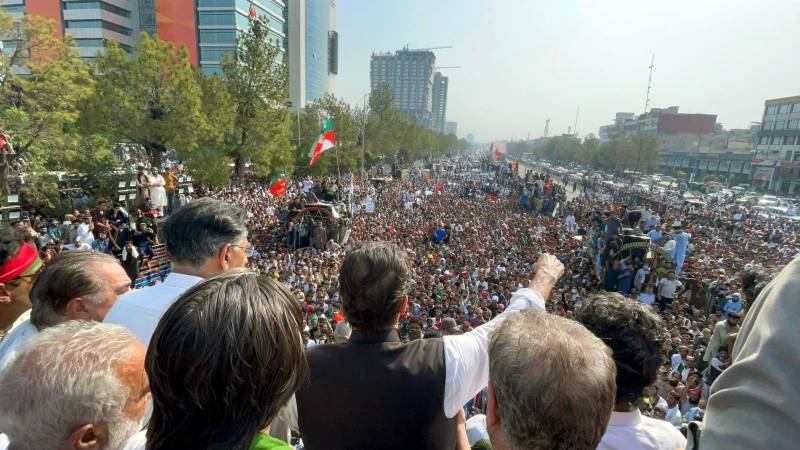 Islamabad (Web Desk): The Pakistan Tehreek-e-Insaf (PTI) on Wednesday urged the United Nations (UN) to hold an investigation into the state excesses and human rights violations during the party’s Azadi March.

In the letter, written by former human rights minister Shireen Mazari, informed the UN officials that Pakistan has been engulfed in a “political crisis” since the ouster of Imran Khan from the prime minister’s office. She maintained that there has been public anger “reflected in huge rallies” after the Imran Khan-led government was ousted through a no trust motion in the National Assembly.

The former human rights minister also shared that the PTI government was replaced by a politician who is “involved in multiple money laundering cases and is out on bail”.

The letter stated that the government, backed by the establishment, had taken repressive measures against the Azadi march held on May 25.

The PTI also put forward its five demands to the UN:

An independent and impartial investigation into these state excesses and human rights violations.

Release of all political workers and cease lodging politically-motivated FIRs against workers and leaders of the PTI.

Stop media censorship, which is in violation of basic democratic norms and of the ICCPR to which Pakistan is a party.

Stop denying the right to peaceful protest through repressive measures and blocking access to protest sites.