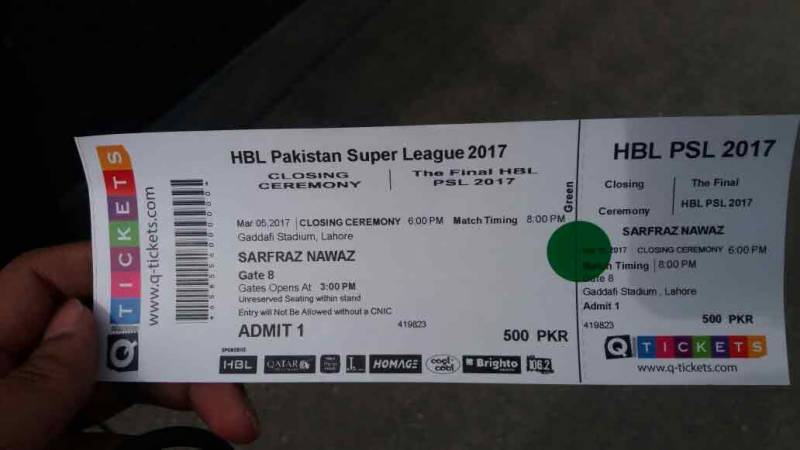 15 branches of Banks of Punjab were designated to sell the tickets within the range of 500 – 12000 and cricket enthusiasts from all over Punjab had made their way to Lahore, hoping to find cheap tickets at bank branches. However, their efforts were to no avail,

According to one bank official, his branch had received only 10 tickets of Rs. 500 value.

Earlier in the day, three English cricketers playing for the first team to reach the final Quetta Gladiators, said they would not play in Pakistan.

Due to security concerns, Kevin Pietersen, Tymal Mills and Luke Wright, said they were excusing themselves from the PSL final.

However, Fans seemed to brush aside the fact that their favourite teams may not feature the high-profile international players they are most famous for in the league's finale.