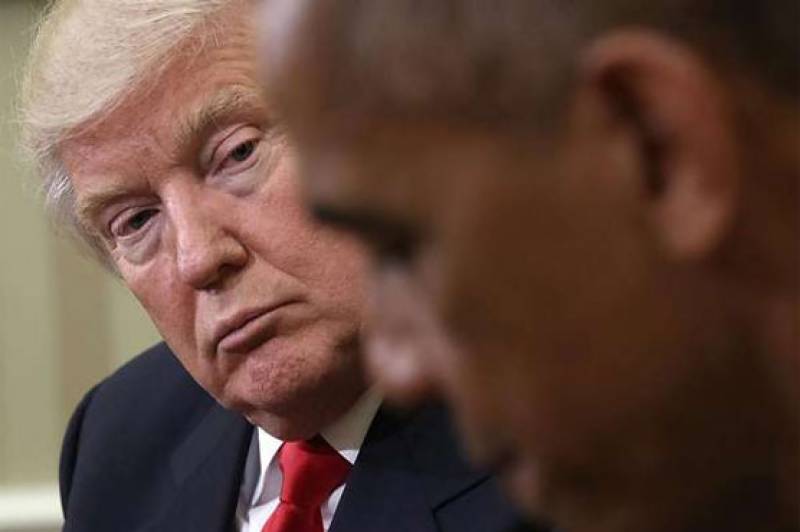 Washington (Web Desk) – American President Donald Trump has claimed that Ex-President Obama is behind all the security leaks and protests against Republicans.

Trump said, “I think that President Obama’s behind it because his people are certainly behind it.”

Trump graded himself in A-category for gaining his goals and ‘C’ for spreading his message.

He said his proposal to increase the defence budget by $54bn (£43bn) would be paid for by a "revved up economy".

Trump further added that proposed cuts elsewhere are unlikely to cover the proposed increase therefore; he would get "more products for our buck" in terms of buying military hardware and would ask for a "form of reimbursement" from countries making use of the US military.

Talking about his refusal to attend White House Correspondents’ Dinner, he said he would be a "hypocrite" if he attended the event, given his difficult relationship with the media.