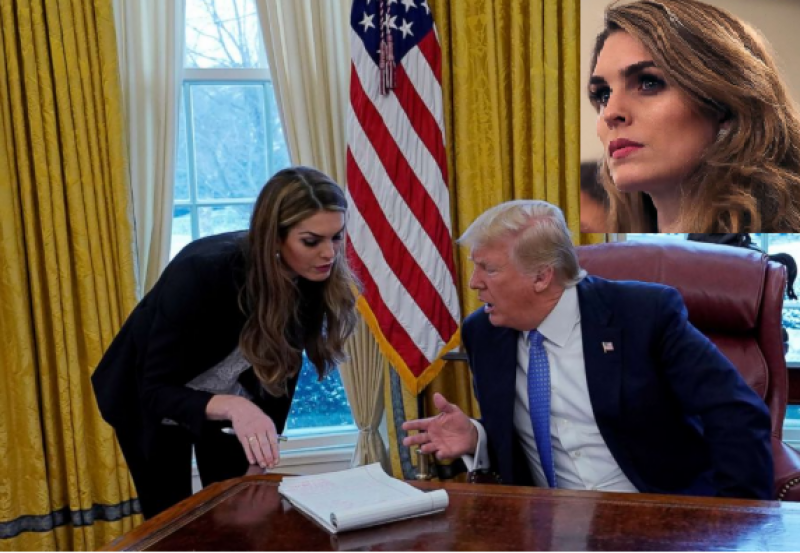 New York (Web Desk): Hope Hicks, the communications director of White House and longtime aide to US president Donald Trump, has departed the White House on Wednesday, after she announced her registration.

According to the White House sources Hicks’ departed the White House, after a day she testified before the House intelligence committee for nine hours as part of the panel’s investigation into Russian interference in the 2016 presidential election.

Hicks said in a statement that “There are no words to adequately express my gratitude to President Trump, … I wish the President and his administration the very best as he continues to lead our country.”

Trump expressed, “Hope is outstanding and has done great work for the last three years.”

Hicks’ exact departure date had yet to be determined, but that she would leave in the coming weeks, the White House said.

Hope Hicks served as the press secretary for Trump’s insurgent presidential campaign before taking on similar duties in the White House. She previously worked at the Trump Organization and went on to become Trump’s longest-serving political aide.

The story is originally published b ‘Guardian’