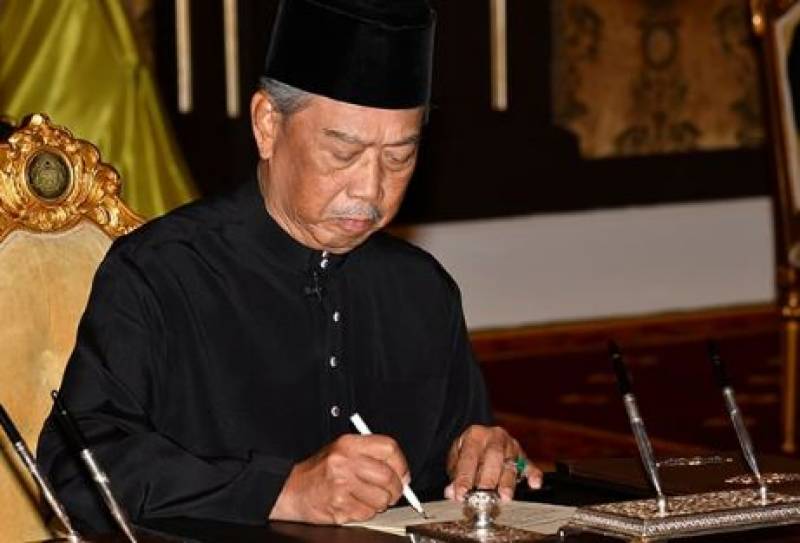 Muhyiddin Yassin took the oath of office at the national palace in Kuala Lumpur.

Mahathir — who was the world's oldest leader — initially quit as premier but then sought to return. He lost out however to little-known Muhyiddin Yassin, who heads a coalition dominated by the country's Muslim majority.

The king's decision on Saturday to pick Muhyiddin as premier was greeted with shock as Mahathir's allies claimed to have enough support, and sparked widespread anger that the democratically elected government had been ejected.

Just before Muhyiddin's inauguration, Mahathir accused him of betrayal and said he would seek a parliament vote challenging the new premier's support — signalling the political crisis is far from over.

"This is a very strange thing [...] losers will form the government, the winners will be in the opposition," he said.

"The rule of law no longer applies."