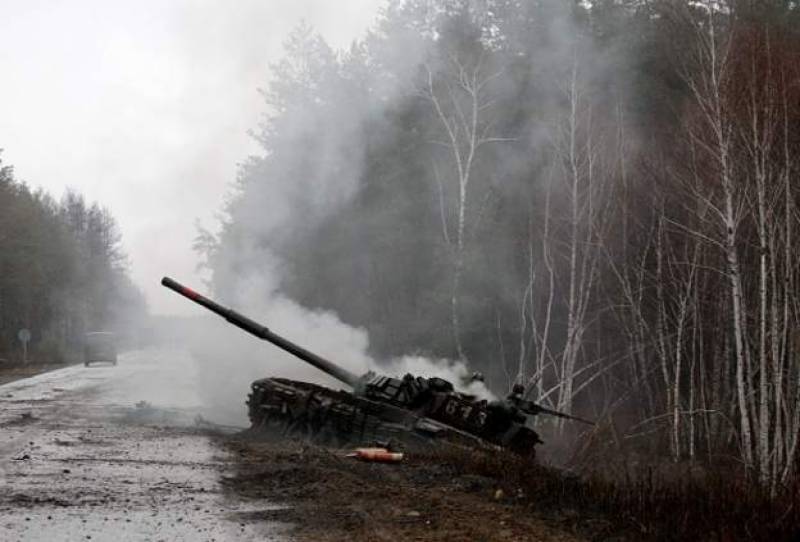 Kyiv (Web Desk): A 40-mile convoy of Russian tanks and other vehicles threatened Ukraine’s capital on Tuesday, the sixth day of the war.

But even as Russia intensified shelling of the country’s second-largest city, the Kremlin has found itself increasingly isolated by tough economic sanctions that have sent its currency plummeting.

After a first, five-hour session of talks between Ukraine and Russia yielded no stop in the fighting, both sides agreed to another meeting in coming days. Ukraine’s embattled president, however, said he believed the stepped-up shelling was designed to force him into concessions.

“I believe Russia is trying to put pressure (on Ukraine) with this simple method,” Ukrainian President Volodymyr Zelenskyy said late on Monday in a video address. He did not offer details of the talks that took place on Monday, but he said Kyiv was not prepared to make concessions “when one side is hitting another with rocket artillery”.

Zelenskyy said Russia, which calls its actions in Ukraine a “special operation”, was targeting a thermal power plant providing electricity to Kyiv, a city of three million people.

“I sit and pray for these negotiations to end successfully, so that they reach an agreement to end the slaughter,” said Alexandra Mikhailova, weeping as she clutched her cat in a shelter in Mariupol. Around her, parents tried to console children and keep them warm.

Ukrainian officials also reported a Russian bombardment of Kharkiv, the country's second-largest city, had killed dozens of civilians. It was not possible to independently verify the casualty figures.