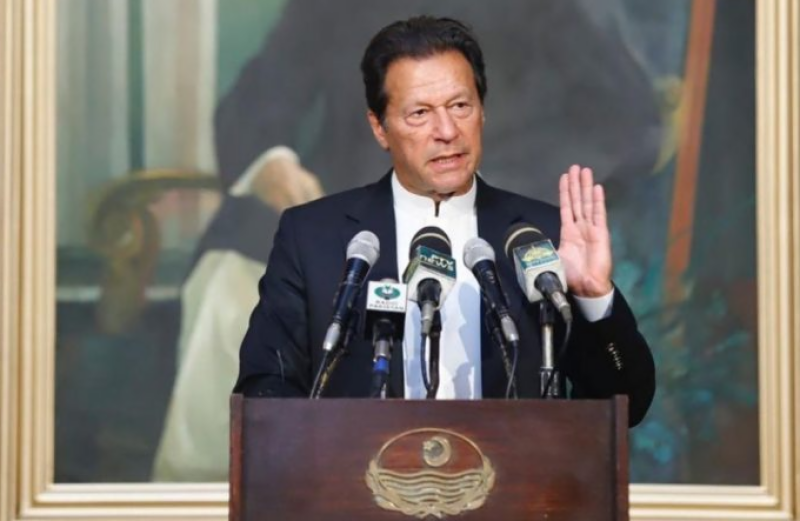 Lahore (Web Desk): Prime Minister Imran Khan on Tuesday unveiled an incentives package for promotion of industrial sector with focus on attracting investment from the local and overseas business community.

Addressing a ceremony in Lahore, the premier said that the package will provide incentives for investment in the small and medium sector, Information Technology and help revive the sick industries.

PM Imran said that said the new industrial package will also help strengthen the country's export-oriented industrial and manufacturing base.

"Along with local businessmen, we are also inviting the overseas Pakistani entrepreneurs to invest in the country's industrial sector," he said

Besides the expatriates, the local businessmen in the joint venture will also enjoy five-year tax holiday with no questions.

PM Imran said that the Pakistan Tehreek-e-Insaf (PTI)-led government is doing all for the promotion of export-oriented industries, which is vital for the country's socio-economic development and progress.

He stressed on the importance of industrial and manufacturing sector for wealth creation and development of the country.

Imran Khan mentioned the anti-wealth creation and anti-profit-making policies of subsequent governments as major hurdles in the way of required growth in industries in Pakistan.

He said it is the incumbent government which decided to promote industries particularly the export-oriented industries.

"The present government's two-pronged industrial policy focused on the promotion of Small and Medium Enterprises (SMEs) through improved regulations, ease of doing business; and the revival of sick industrial units," PM Imran said.

He added that economic self-sufficiency is necessary for a free and independent foreign policy.

Imran Khan said foreign remittances showed a record rise due to incentives given to overseas Pakistanis.

"Overseas Pakistanis are our national asset and we are removing hurdles in their way to invest in businesses in the country," the premier said.

Expressing hope in the IT sector, he said that the most rapid growth will be seen in this sector; however, he regretted that we treat the sector like normal industries.

“We are trying to make the country self-sufficient and the business community will play a major role in doing so,” he said.

Presenting the salient features of the new industrial package, Minister for Industries and Production, Makhdoom Khusro Bakhtyar said that under the package, tax rate will be decreased by widening the tax base.

He said that overseas Pakistanis will be given a five years exemption for investment in Pakistan and that no questions will be asked for investments in the industrial sector.

The minister said that investors keen in revival of sick industries can also benefit from this package.