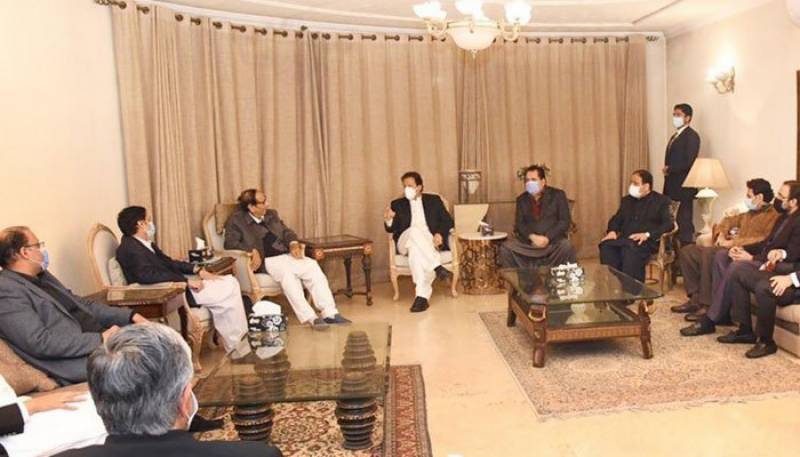 Lahore (Web Desk): Prime Minister Imran Khan on Tuesday met with the Chaudhry brothers of Pakistan Muslim League Quaid-e-Azam (PML-Q) as the major opposition parties have united to remove the prime minister through as no-confidence motion.

According to details, PM Imran inquired after the health of former premier and PML-Q chief Chaudhry Shujaat Hussain and discussed the overall political situation of the country.

The PML-Q, is the main coalition partner of the ruling Pakistan Tehreek-e-Insaf (PTI) both in Punjab and at the Centre.

The prime minister directed to take effective measures for the provision of maximum relief and ensuring the delivery of quality services to common man in Punjab, the Radio Pakistan reported.

He also instructed to protect the rights, lives and property of people and to take stern action against the encroachers, hoarders and miscreant elements in the society.

During the meeting the prime minister was briefed about developmental projects being carried out across the province.

Matters pertaining to overall political situation of South Punjab and ongoing developmental schemes were also discussed during the meeting.