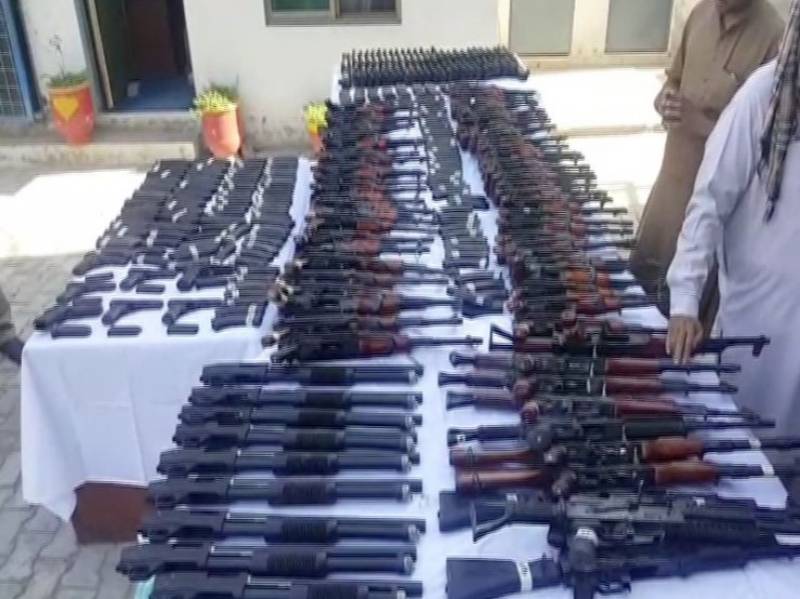 Sheikhupura (Staff Report): A huge cache of arms was recovered from a car in Kot Pindi Das in Sheikhupura on Monday morning.

The officials reported that the Motorway Police recovered approximately a hundred rifles, Kalashnikov rifles, pistols, and a huge cache of bullets from a car.

"The arms were hidden in a secret compartment in the car," the Motorway Police said. "We acted on a tip and intercepted the plan to use the arms for acts of terrorism."