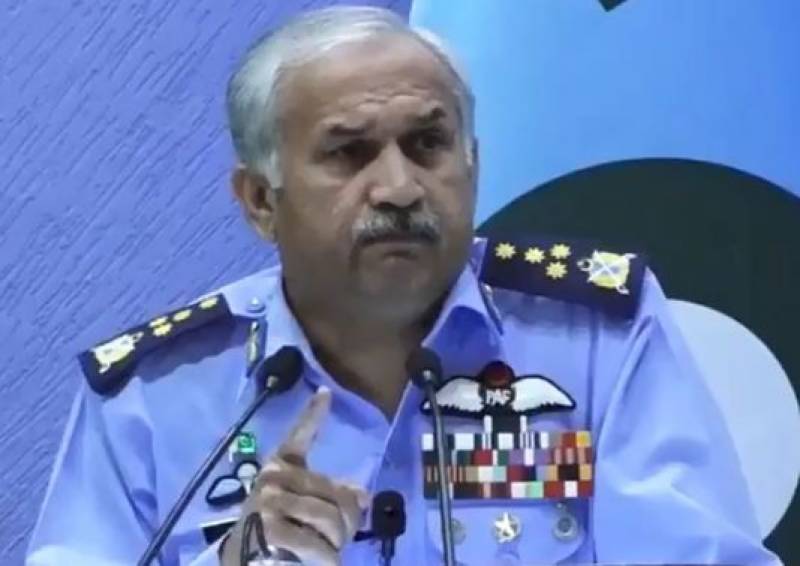 Addressing the 264th Air Staff Presentation meeting in Islamabad on Wednesday, the air chief said that PAF's swift response during the recent Indo-Pak conflict, was the demonstration of our firm resolve, capacity and capability in thwarting nefarious designs of the adversary.

"Every member of the PAF deserves special appreciation for proving equal to the task," the air chief said, adding, "I salute each one of you for showing strong commitment, perseverance and motivation being deployed at forward operating bases during these testing times."

The air chief reiterated his resolve that in case of any misadventure by the adversary, PAF response will be even stronger than before.

At the conclusion of the event, the air chief awarded trophies to the bases excelling in various domains.