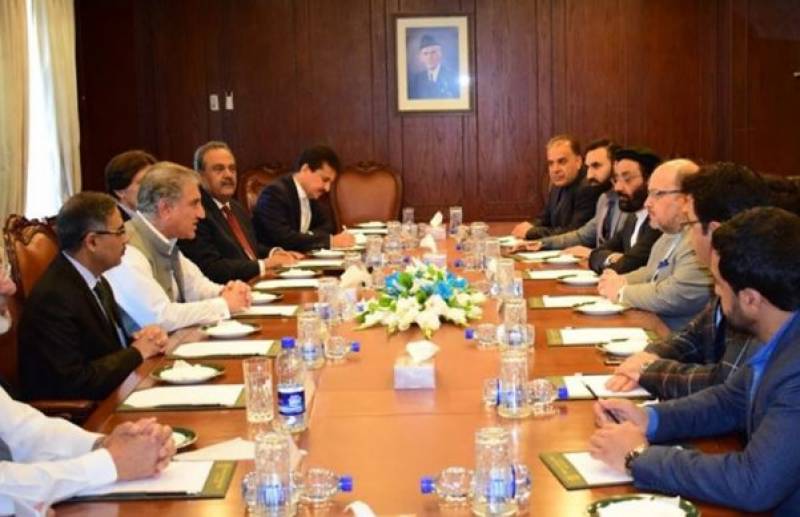 Talking to an Afghan delegation comprising politicians, journalists, academics and businessmen in Islamabad on Wednesday, the foreign minister expressed the hope Pakistan’s sincere efforts for establishment of peace in Afghanistan will prove a success.

Pak-Afghan relations and matters of mutual interest, including reconciliatory process in Afghanistan were discussed during the meeting.

The FM assured the members of the delegation that Pakistan will continue its efforts for peace in the region, particularly in Afghanistan.

The members of delegation appreciated the role Pakistan has played for bringing the two sides on the dialogue table as part of the peace process.

The delegation presented its proposals to the foreign minister for building trust between Pakistan and Afghanistan and enhancing bilateral political and economic cooperation.

On Tuesday, FM Qureshi said that peace in Afghanistan was imperative for regional connectivity and Pakistan was making sincere efforts for success of the Afghan peace process.

Addressing Seventh Round of Pakistan-Afghanistan Track-II Dialogue in Islamabad, he said he has visited different countries and also held several meetings with US Special Representative for Afghanistan Reconciliation Zalmay Khalilzad for peace in Afghanistan.

He said Pakistan played its due role in development of Afghanistan, pledging projects worth one billion dollars.

FM Qureshi said Afghanistan is a Pakistan's major trading partner, and the two countries do trade through rail and road.

He said Afghanistan's importance in regional connectivity cannot be ignored as completion of projects with Central Asian states such as TAPI and CASA-1000 is not possible without Afghanistan.