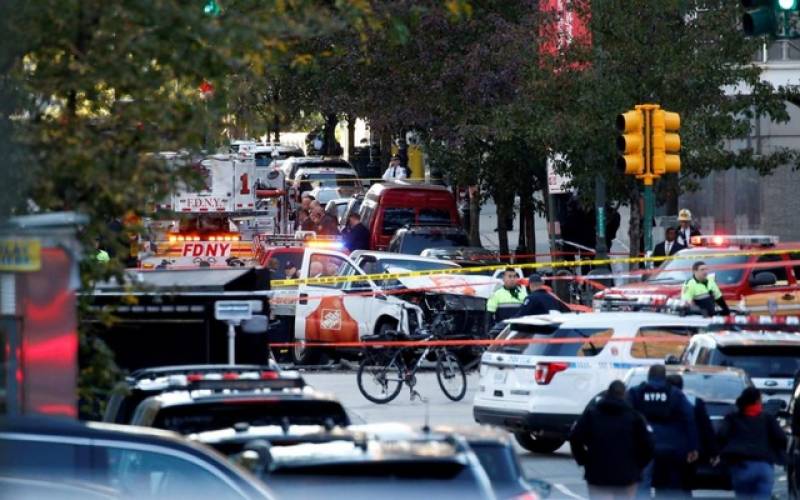 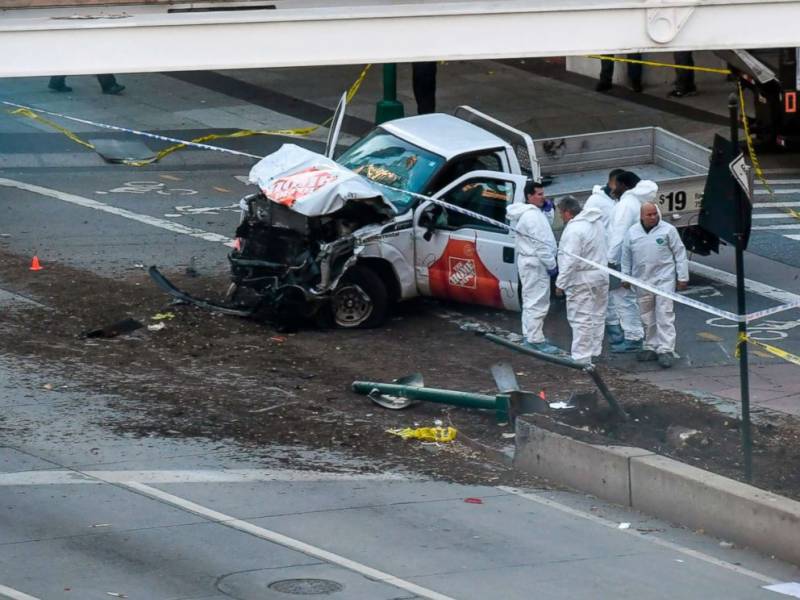 New York (Reuters): A man driving a rented pickup truck mowed down pedestrians and cyclists on a bike path alongside the Hudson River in New York City on Tuesday, killing eight people and injuring about a dozen in what authorities said was an act of terrorism.

The 29-year-old suspect was shot in the abdomen by police and arrested after he crashed the truck into a school bus and fled his vehicle, authorities said. A U.S. law enforcement source told Reuters the suspect is an Uzbekistan-born immigrant.

International media is citing law enforcement sources, reported that investigators found a note left by the suspect claiming he carried out the attack in the name of the Islamic State militant group.

Five of the dead were Argentine citizens, visiting New York as part of a group of friends celebrating the 30th anniversary of their high school graduation, the Argentina Foreign Ministry said. A sixth member of the group was among those hospitalized after the attack, the ministry said in a statement.

The incident marked the greatest loss of life from a suspected terrorist attack in New York since suicide hijackers crashed jetliners into the Twin Towers of the World Trade Center in lower Manhattan on Sept. 11, 2001, killing more than 2,600 people.

Tuesday’s assault, on the far west side of lower Manhattan a few blocks from the site of the World Trade Center, was reminiscent of several deadly vehicle attacks in Europe during the past 15 months.

“This was an act of terror, and a particularly cowardly act of terror, aimed at innocent civilians, aimed at people going about their lives who had no idea what was about to hit them,” Mayor Bill de Blasio told a news conference.

A representative of the U.S. Department of Homeland Security similarly called the incident an “apparent act of terrorism.”

“There’s no evidence to suggest a wider plot or a wider scheme. These are the actions of one individual meant to cause pain and harm and probably death,” Cuomo told the same news conference.

Asked later in an interview whether the suspect had been known to authorities before the attack, Cuomo replied: “It’s too early to give you a definitive answer.”