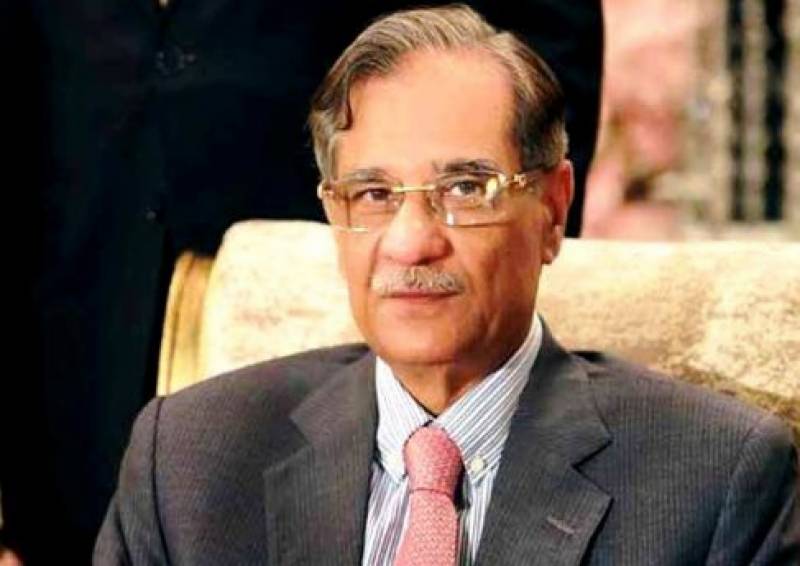 Islamabad (Staff Report/Agencies): Chief Justice of Pakistan Mian Saqib Nisar on Thursday remarked that how the court could punish someone if the charges against them could not be proven.

“We are ready to sacrifice our lives for Prophet Muhammad (PBUH) but how can the court punish someone if there is no proof against them,” the CJP remarked while hearing the federal government’s plea regarding the appointment of a new Islamabad inspector general of police (IGP) in light of the current security situation across the country following the top court’s verdict acquitting Asia Bibi, a Christian woman sentenced to death over blasphemy allegations.

Referring to the 56-page judgment on Asia Bibi case, Justice Nisar said, "We started the judgment with the Kalma and constantly referred to the Holy Quran."

The top judge further said, “Blasphemy is not acceptable to anyone. No one’s faith is any less and we do not love the Prophet (PBUH) any less than anyone else but we are not the qazis of Muslims.”

Prime Minister Imran Khan, while addressing to the nation on Wednesday, fully backed the Supreme Court's verdict in Asia Bibi case, saying whoever is found involved in bringing the life at a standstill will be dealt with as per the law of the land.