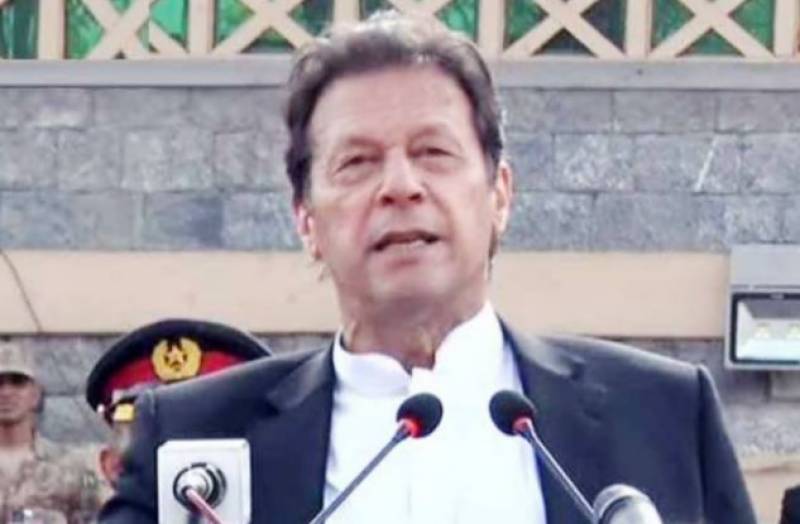 Addressing Azadi Parade on the occasion of 72nd Independence Day of Gilgit, in Gilgit, the PM said that Narendra Modi has played his last card by revoking the special status of the occupied territory on the 5th August.

“The oppressive regime of Modi has imposed a cruel curfew in occupied Kashmir over the last three months and millions of people have been confined to their homes by nine hundred thousand Indian troops,” PM Imran said.

“India will see the spirit and more resolve of the Kashmiri people for freedom once it lifts the curfew in the valley,” he added.

PM Khan said Pakistani nation stands by Kashmiri brethren. He said he is the ambassador and spokesperson of the Kashmiri people and will plead their case at every fora.

Paying tribute to people of Gilgit-Baltistan, he said they fought a war to win their freedom.

"The people of Gilgit-Baltistan would have also become victims of Modi's oppression if they had not fought the war for their independence," he said.

Prime Minister Imran Khan said Pakistan will be uplifted as per the principles of State of Madina.

"Pakistan is the only country which came in to being in the name of Islam," he said adding that the country would become a Madina like state. "We have to follow the principles of state of Madina," PM Imran said.

The PM said that the country has been opened for tourism. Visa for the citizens of seventy countries have been abolished and they can get the visa on arrival at the airports.

Speaking about the immense beauty of Gilgit-Baltistan, the PM said that visa requirements for the citizens of seventy countries have been abolished and expressed confidence that tourism in the country will flourish.

“Gilgit-Baltistan is also a gateway to multi billion dollars China Pakistan Economic Corridor (CPEC) project which will bring development in this area in the days ahead,” the PM said.

On the occasion, the Prime Minister also greatly appreciated efforts and sacrifices of Pakistan Army in the war against terrorism.