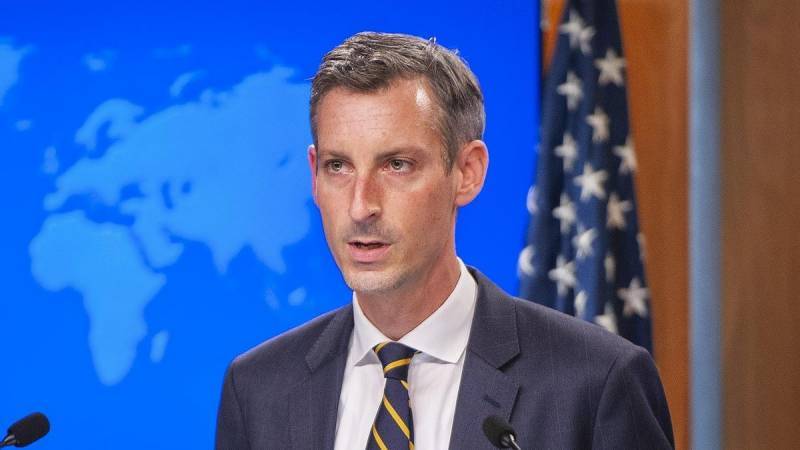 Washington (Wek Des): The United States has said that there is no truth to the regime change allegations levelled by PTI Chairman Imran Khan, vowing not to let disinformation get in the way of a significant relationship between the two countries.

“We value that longstanding cooperation between the United States and Pakistan. We’ve always viewed a prosperous and democratic Pakistan as critical to our interests. That remains unchanged.”

Responding to a question regarding the elections being free and fair in Pakistan, the spokesman said the US supports the peaceful upholding of constitutional and democratic principles not just in Pakistan, but around the world. These are issues that we discuss with all of our partners around the world, he said.

“The Taliban, under the Doha Agreement, made repeated assurances to the world that they would not allow Afghan territory to be used by terrorists to threaten the security of other countries,” he stated.

“President Biden has been very clear that we will maintain the capacity to act unilaterally if necessary to address any emergent terrorist threats or concerns when it comes to Afghanistan,” the spokesperson warned.

Ned Price said that the US special representative for Afghanistan, Tom West, recently met with the Taliban in Doha where they discussed a number of US interests, including counterterrorism. The US will continue to engage with the Taliban pragmatically, he added.