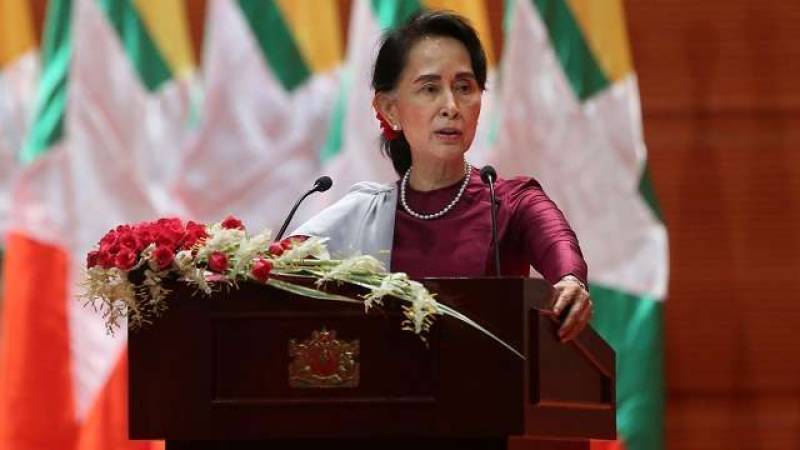 London (Web Desk): An Oxford University college where Aung San Suu Kyi studied as an undergraduate has removed her portrait from its main entrance amid mounting criticism of the Myanmar leader over the plight of Rohingya Muslims.

Her portrait had hung prominently at the college entrance since 1999.

It was painted by artist Chen Yanning in 1997 and belonged to Ms. Suu Kyi’s husband, Oxford professor Michael Aris, and was given to the college following his death.

“The college received the gift of a new painting earlier this month which will be exhibited for a period. The painting of Aung San Suu Kyi has meanwhile been moved to storage,” the college said in a statement.

While the exact reasons for the portrait’s removal, which comes just days before the start of the academic year and the arrival of new students, remain unclear, there is a general view that the allegations of ethnic cleansing as a result of Myanmar’s Rohingya Muslims fleeing their homes to Bangladesh is likely to be behind the move.