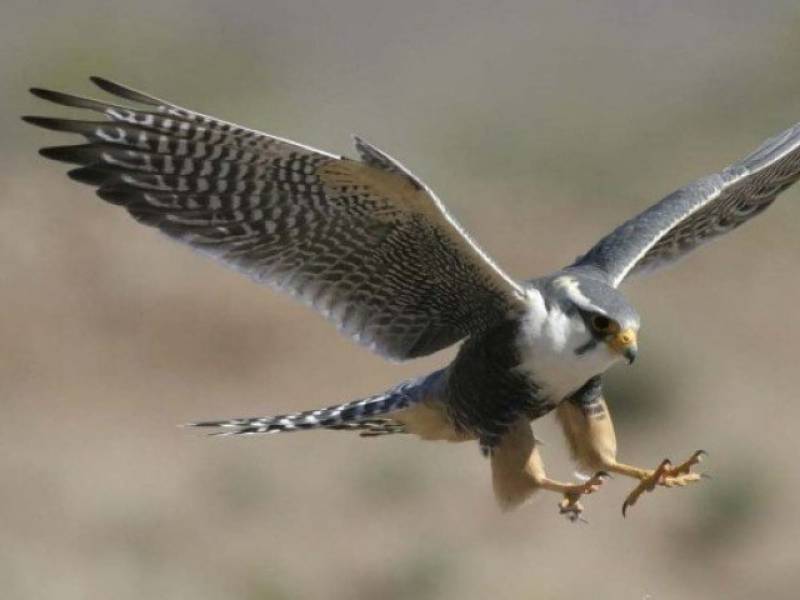 Islamabad (Staff Report): The Ministry of Foreign Affairs has written a letter to the UAE Embassy permitting them to export 150 falcons from Pakistan to the United Arab Emirates (UAE).

In a notification issued by the ministry on September 27, an export of 150 falcons was permitted from Karachi Airport for the personal use of Dubai’s ruler Mohammad bin Rashid al-Maktoum as a cordial gesture for the Embassy of UAE in Islamabad.

“The esteemed Embassy may export 150 falcons from Pakistan to UAE, for personal use of His Highness Sheikh Muhammad Bin Rashid Al Maktoum,” the letter dated September 27 stated.

The letter further said that the falcons can be exported from Karachi airport.

The permission for the export comes despite a ban on hunting of rare and migratory birds. Prime Minister Imran Khan has also banned the hunting of falcons in Khyber Pakhtunkhwa.