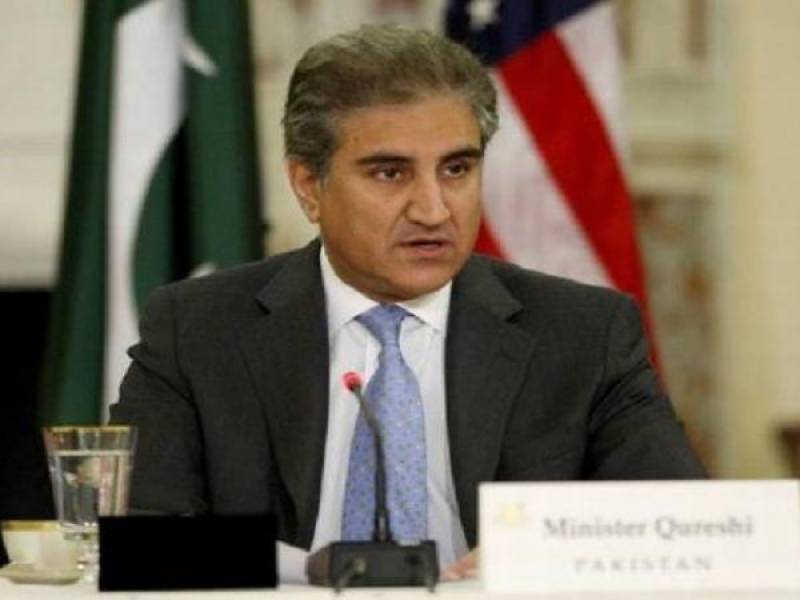 Washington (Agencies): Foreign Minister Shah Mahmood Qureshi on Monday said that purpose of the US visit was not seeking for aid but building deteriorating ties between the countries.

"We have been allies for a long time, it is time to rebuild that powerful relationship," Qureshi said in an interview with Fox News.

Qureshi represented Pakistan at the United Nations General Assembly in New York last week. He is scheduled to meet Pompeo in Washington on Tuesday.

Earlier, Qureshi called on UN Secretary-General Antonio Guterres on the sidelines of the 73rd session of the UNGA and discussed with him the regional as well as global situation.

According to an official statement, FM Qureshi urged the UN Secretary General António Guterres to play his role in resolving the lingering Kashmir issue according to the wishes of Kashmiris under the UN resolutions.

He expressed grave concern over the sufferings of the Kashmiri people at the hands of Indian forces in Occupied Kashmir.

The FM also discussed with the World Body Chief the first-ever report on Kashmir by the UN High Commissioner for Human Rights and called for an international probe into the violations of human rights in the held territory.

Qureshi reaffirmed Pakistan's desire to engage India into meaningful dialogue for lasting peace in the region.

Last month, the US made the final decision to cancel another $300 million in aid to Pakistan that had been halted over what the former claims is the latter's failure to take decisive action against militants.

The so-called Coalition Support Funds (CSF) were part of a broader suspension in aid to Pakistan announced by US President Donald Trump at the start of the year when he accused Pakistan of rewarding past assistance with “nothing but lies & deceit.”