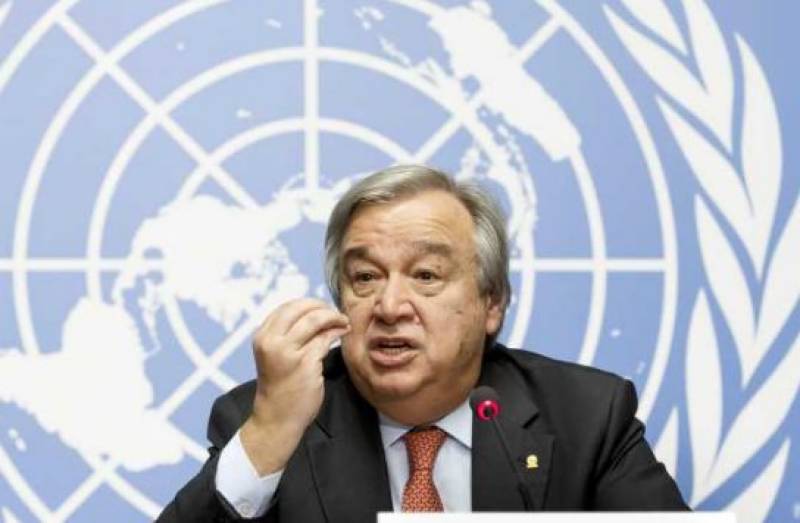 During his first trip to the South Asian country as head of the world body, he will meet President Ram Nath Kovind, Prime Minister Narendra Modi and Minister for External Affairs Sushma Swaraj on October 3.

Addressing the 73rd session of the UN General Assembly in New York, Minister for Foreign Affairs Shah Mehmood Qureshi had discussed the unresolved Kashmir issue. He had pointed out that the issue poses a great threat to peace and stability in the South Asian region.

The Pakistani foreign minister had further said India must stop human rights violations in occupied Kashmir and stop ceasefire violations across the Line of Control.

The Indian forces opened fire on the helicopter of Azad Jammu and Kashmir Prime Minister Raja Farooq Haider while it was flying atop Pakistan’s airspace near the Line of Control on Sunday.

The AJK prime minister was reportedly travelling to offer condolences to an acquaintance when his helicopter was fired upon near Turwari.

The helicopter was immediately landed and luckily no humanitarian loss occurred due to the irresponsible action.