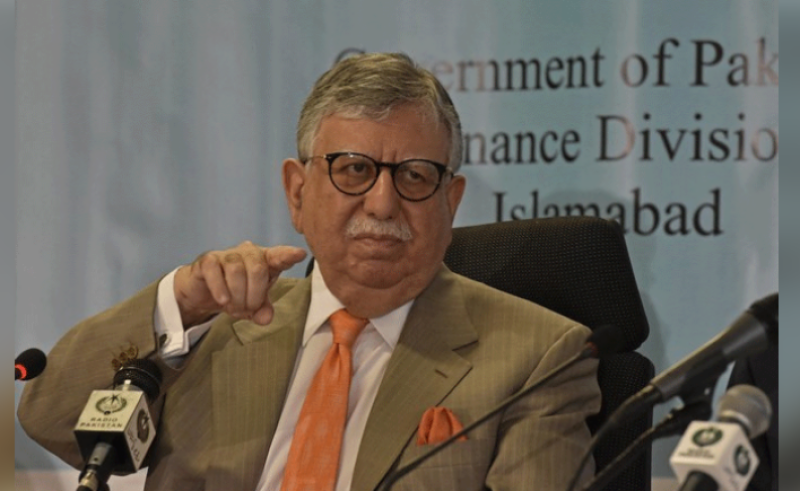 Islamabad (Web Desk): Finance Minister Shaukat Tarin on Friday said that the prices of petroleum hiked due to the higher oil prices in international market.

Talking to media along with Minister of State for Information and Broadcasting Farrukh Habib, he said the government passed on minimum increase in the prices to the consumers.

The minister said the government absorbed the pressure of hike in prices in international market by bearing the burden of two billion rupees. However, he said, Pakistan is also impacted by global oil price hike because of COVID-19.

“Pakistan stands at 17th position in respect of oil prices in the world and the countries where prices are lower than Pakistan themselves produce oil,” the finance minister said, adding that petroleum prices in Pakistan are lowest than other countries in the region.

He said the global oil price hike caused by COVID-19 has impacted Pakistan as well.

Tarin said that the entire world has witnessed food inflation due to Covid-19, and being a food importer, Pakistan also had to face this impact.

However, the government is taking steps to bring down the prices of essential items, he added.

“Direct subsidy will be provided to the deserving people on essential items like flour, ghee, sugar and pulses,” he said, adding that agriculture is also being focused to grow food items locally to meet the demands.

On Thursday, the government announced to increase the price of petrol by Rs4 per litre, taking the price to a record level of Rs127.30 per litre.

The price of high-speed diesel has also been increased by Rs2 per litre.