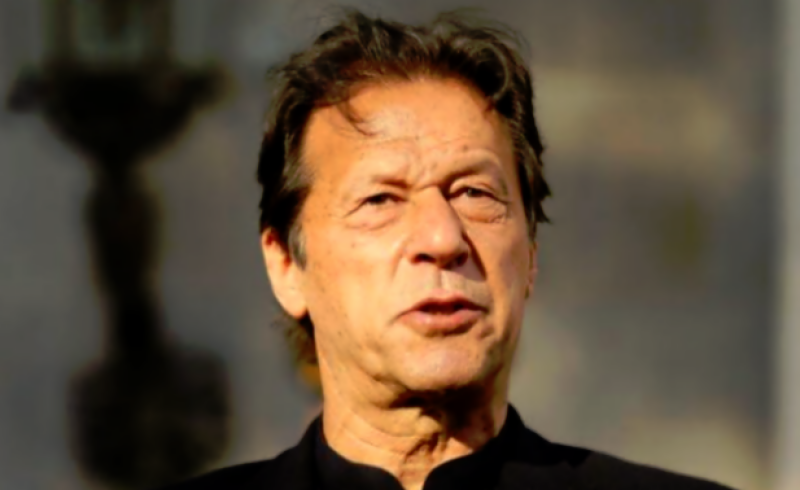 Islamabad (Web Desk): A local magistrate in Islamabad on Saturday issued arrest warrant for former premier and Pakistan Tehreek-e-Insaf (PTI) Chairman Imran Khan in connection with his remarks regarding Additional District and Sessions Judge Zeba Chaudhry at an August 20 public rally in the federal capital.

The development comes hours after the PTI chief on Saturday submitted to the Islamabad High Court (IHC) an affidavit in a contempt case against him.

The case against Imran Khan was registered on August 20 with the Margala Police Station in the federal capital.

The magistrate issued the arrest warrant on the request of the police on Saturday.

The First Information (FIR) includes four sections of the Pakistan Penal Code (PPC), including 506 (punishment for criminal intimidation), 504 (intentional insult with intent to provoke breach of the peace), 189 (threat of injury to public servant), and 188 (disobedience to order duly promulgated by public servant).

The former prime minister is facing contempt charges for his controversial remarks about additional district and sessions judge.

The court has issued an arrest warrant for Khan due to his non-appearance in court.

Earlier today, the PTI chief submitted an affidavit to the IHC in a contempt case against him, saying he had realised he "might have crossed a line" in his criticism of Judge Zeba Chaudhry and was willing to apologise to her “if she got an impression” that he had crossed a line.

However, he added, he never intended to threaten Judge Chaudhry and “there was no intention behind the statement to take any action other than legal action”.

The PTI chief assured the court that in future he would not do anything that would hurt the dignity of any court and the judiciary, especially the lower judiciary.

Imran assured the court that he would always stand by his statement in the affidavit in letter and spirit.

On Friday, Imran Khan arrived at a local court in Islamabad to personally apologise to Additional District and Sessions Judge Judge Zeba Chaudhry.

“You have to tell Madam Zeba Chaudhry that Imran Khan had visited and wanted to apologise if his words hurt her sentiments,” he said. The PTI chief then left the court.

The IHC had sought the affidavit during a hearing on September 22, when Imran had offered to tender an apology to Chaudhry, who had earlier caught flak from the PTI supremo after approving his close aide Shahbaz Gill’s physical remand in a sedition case. Imran's offer to apologise had seen him escape the indictment.

The court had said it would indict the former premier, following which he had expressed the willingness to apologise to the judge.